"Head to the Forgotten Temple where the oldest statue of the Goddess stands..."

— "A Gift from the Monks" Quest menu text, Breath of the Wild
Forgotten Temple 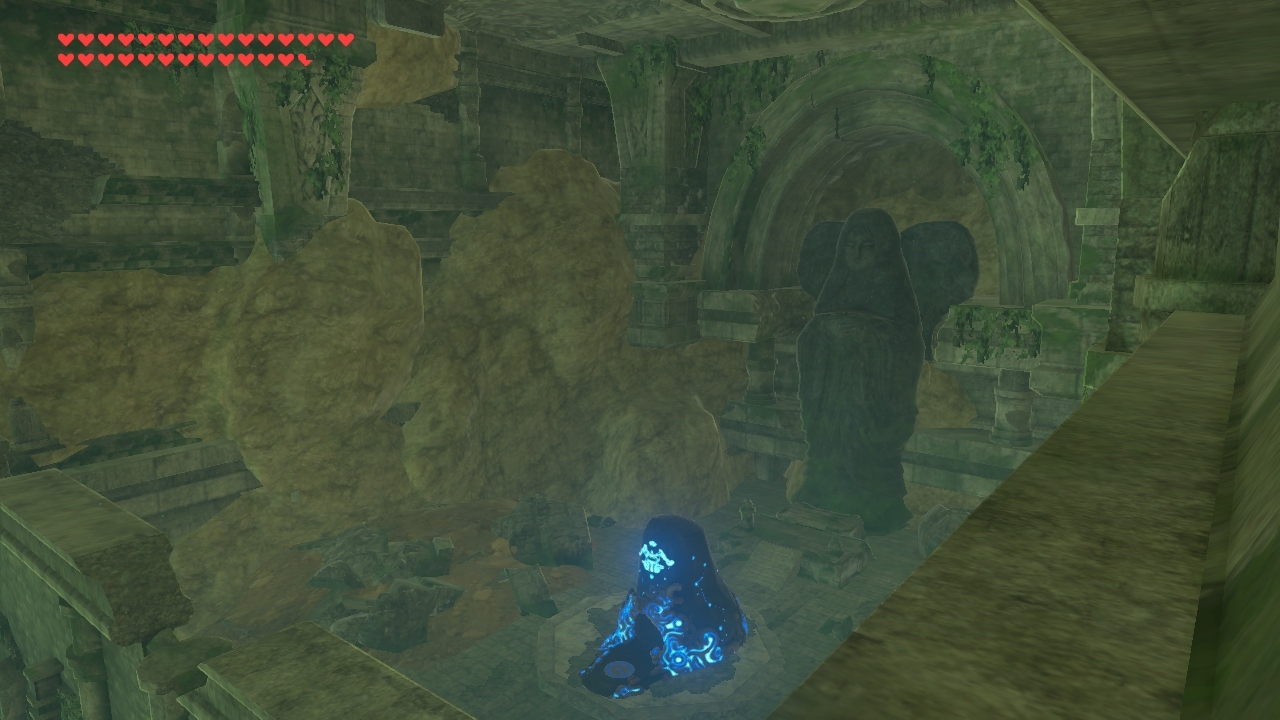 The innermost part of the Temple

The Forgotten Temple is a location in Breath of the Wild.

The Forgotten Temple has a large interior filled with Decayed Guardians. In the innermost part of the temple stands a Goddess Statue, described by the monks as "the oldest Statue of the Goddess, and the Rona Kachta Shrine. 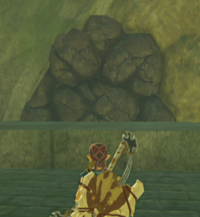 Blow up the cracked boulders on top of the temple entrance and lift up the small rock hidden underneath. 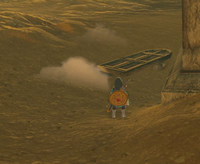 Use Magnesis to move the metal door away, then lift up the small rock hidden underneath.

Move the metal door, pick up the rock. 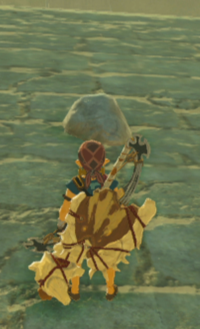 Under a rock on top of the pillar. 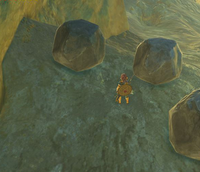 Roll a giant boulder from uphill to the south down into the dug out pit.

Roll a boulder into the hole. 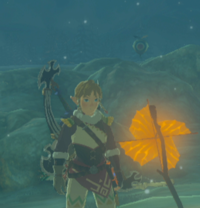 Stand near the pinwheel and shoot the balloons around you. Using a long ranged bow is recommended. 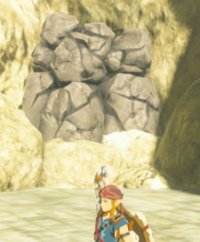 On top of the temple. Under a rock behind the bombable boulders. 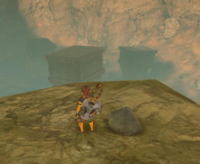