From Zelda Dungeon Wiki
Jump to navigation Jump to search
Want an adless experience? Log in or Create an account.
Corvash Peak 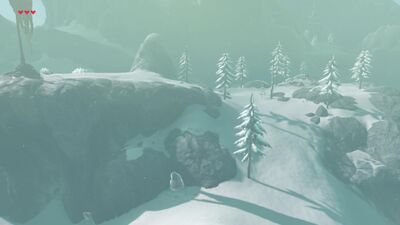 Corvash Peak is a location found in Breath of the Wild.

The Corvash Peak is located at the south end of the Hebra South Summit and directly south of the Talonto Peak. As part of the Hebra Mountains, the area is bitterly cold, requiring Link to wear armor that has Cold Resistance, such as the Snowquill Set. The peak overlooks the Hebra Plunge found to the southeast.

At the northeast end of the peak, there is an enemy camp with a variety of dangerous enemies, including some Black Lizalfos, Black Moblin, and Ice-Breath Lizalfos. The enemies here are guarding a wooden treasure chest which contains five Fire Arrows. There are several other treasure chests found in the surrounding area. 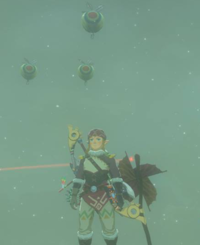 Shoot the balloons while standing near the pinwheel.