From Zelda Dungeon Wiki
Jump to navigation Jump to search
Want an adless experience? Log in or Create an account.
Tabantha Village Ruins 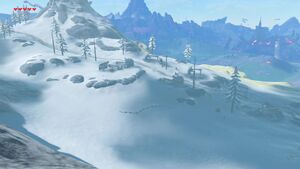 Tabantha Village Ruins is a location found in Breath of the Wild.

The Tabantha Village Ruins are located right along the path, just southwest of the Hebra Tower. As the ruins are in the Hebra region, the temperature is bitterly cold, requiring Link to wear armor with Cold Resistance, such as the Snowquill Set.

The area is completely overrun by monsters, including some dangerous Black Moblin, Black Bokoblin, Black Lizalfos, and a Blizzrobe. 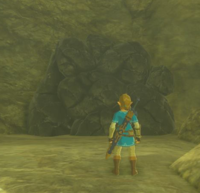 On the side of the cliff, blow up the cracked boulders then lift the small rock hidden behind them. 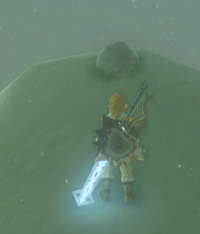