From Zelda Dungeon Wiki
Jump to navigation Jump to search
Want an adless experience? Log in or Create an account.
Bludo 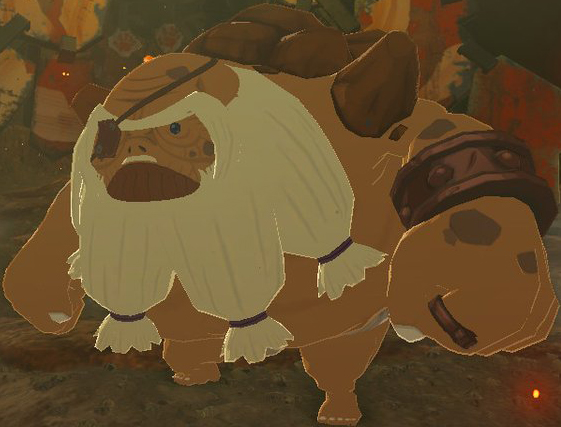 Bludo is a character in Breath of the Wild. He is a Goron Elder currently acting as patriarch in Goron City during the game's events.

When Link first meets Bludo, he finds the Goron Boss inflicted with back pain and upset at the annoyance Divine Beast Vah Rudania has been causing on Death Mountain. He asks Link to find Yunobo at the Abandoned North Mine and retrieve the painkillers he needs to take on the Divine Beast. Later, Link discovers that Bludo raised the Bridge of Eldin in an attempt to stop Rudania from getting closer to the city below.

After Link stops Rudania and returns to speak with Bludo, he gives Link the Boulder Breaker as a thank-you for saving the Gorons.