"Daruk has the special ability to create a force field around himself to defend against all manner of attacks. Because of this power, he was selected to be a Champion. Though he may appear gruff, he is tremendously kind. He fondly calls Link "little guy" while also acknowledging his unparalleled skills. Daruk was chosen to pilot the Divine Beast Vah Rudania, but, before he could bring the beast's power to bear on Calamity Ganon, he was attacked by Fireblight Ganon and killed—his spirit sealed within Vah Rudania." 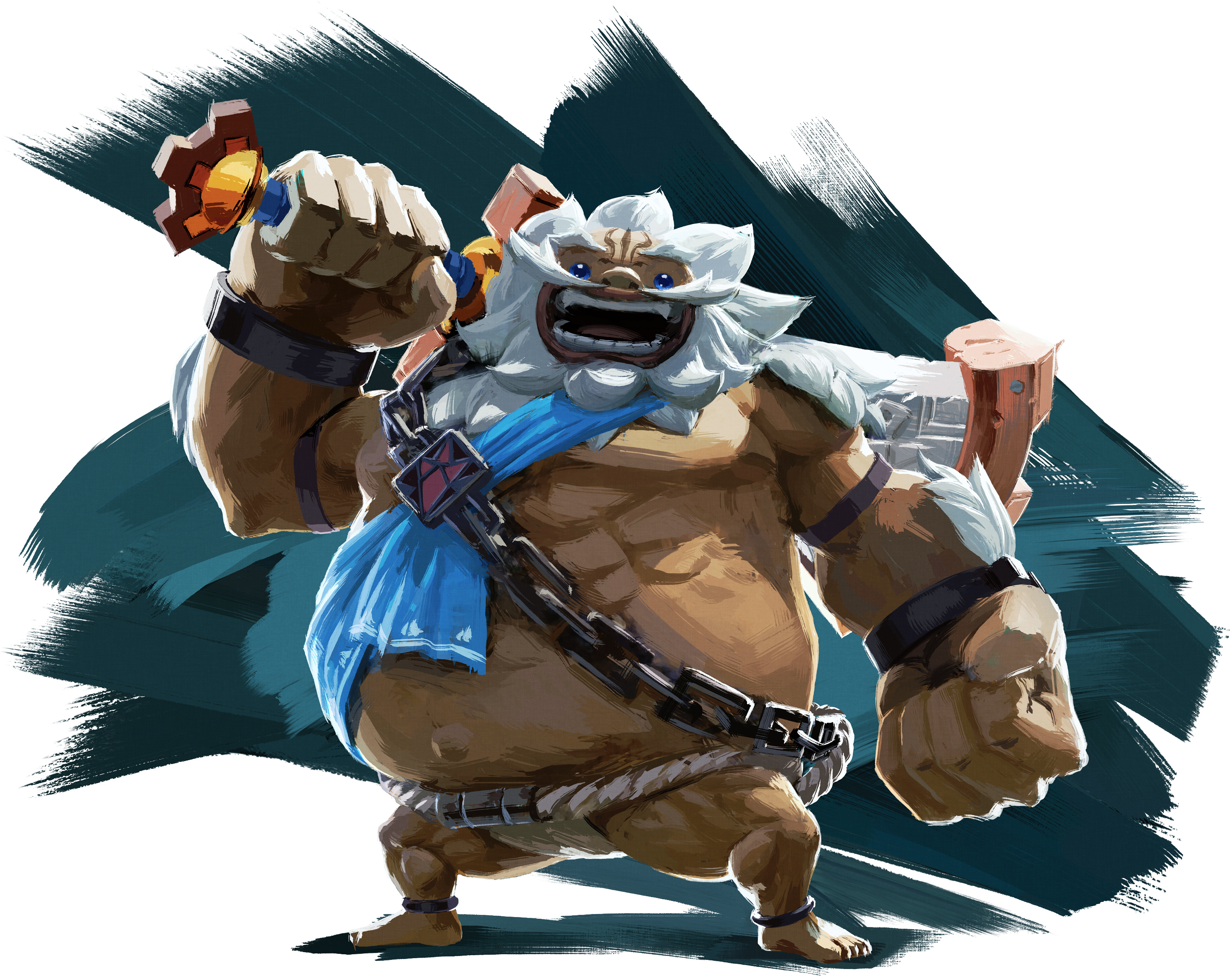 Daruk is a character featured in Breath of the Wild. He was the Champion of the Gorons chosen to pilot the Divine Beast Vah Rudania before his death at the hands of Fireblight Ganon. His signature weapon was the Boulder Breaker.

Daruk once lived in Goron City and was a respected Goron Elder and a powerful warrior. Before Calamity Ganon's return, he was chosen by King Rhoam and Princess Zelda to become the Goron Champion and pilot of the Divine Beast Vah Rudania.

Daruk was killed when Ganon took over Divine Beast Vah Rudania. One hundred years later, Link returned to free the Divine Beast. Daruk's spirit greets him upon entering, stating that he is happy to see Link has finally arrived. He shows Link where the map of Rudania can be found, and then explains that he must open all of the terminals within Rudania to free the beast. After opening all of the terminals and activating the main control unit, Fireblight Ganon appears. Daruk once again provides Link with advice and encouragement as he battles the monster.

After the battle is over, Daruk appears before Link as a spirit and thanks him for defeating the monster and freeing both him and Rudania. He grants Link Daruk's Protection, which allows the hero to temporarily defend himself against attacks. He then takes Rudania to the highest peak of Death Mountain and takes aim at Hyrule Castle. Upon Link's return to fight Ganon, Daruk uses Vah Rudania's power to weaken the beast.

After Calamity Ganon's defeat, Daruk's spirit is shown with the other Champions and King Rhoam high above Hyrule Castle. After momentarily watching Link and Zelda depart, his spirit disappears along with the King and remaining Champions. 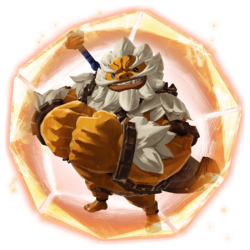 "A Goron warrior who possesses the power to deflect attacks. He cares deeply for his fellow Gorons. Now, he is entrusted with piloting Divine Beast Vah Rudania."