From Zelda Dungeon Wiki
Jump to navigation Jump to search
Want an adless experience? Log in or Create an account.
Fi 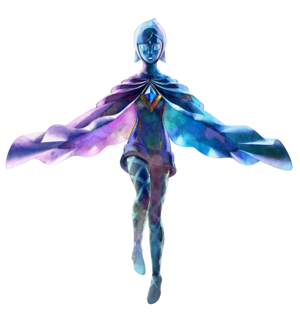 Fi is a character in Skyward Sword. Created by the goddess Hylia, she is the spirit of the Goddess Sword and Link's companion throughout the events of the game.

Fi retains a very icy and stoic demeanor throughout the game, owing to her innate inability to feel emotion, and frequently presents information to Link in the form of percentages, calculations, and variables. This also leads her to be very forward and blunt in her analyses of other characters, and she is not above treating even Link with some snide early on in his adventure. The two of them gradually grow closer as the story advances, however, and Fi confesses near the end of the game that she has come to cherish the time they've spent together. Also among her attributes are a propensity for singing, as her vocals accompany Link on the Goddess's Harp when activating Trial Gates, and dancing, as she does when translating messages at the Skyview and Earth Springs and the Isle of Songs.