From Zelda Dungeon Wiki
Jump to navigation Jump to search
Want an adless experience? Log in or Create an account.
LD-301N Skipper 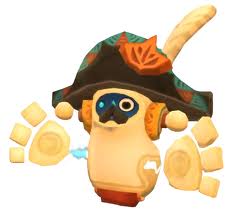 LD-301N Skipper, or more simply known as Skipper, is an Ancient Robot in Skyward Sword. Like most other Ancient Robots, Skipper is only alive and working when a Timeshift Stone is activated. Unlike the others, however, he demonstrates awareness to the fact that the Timeshift Stone is the only thing keeping him running. He helps out Link by lending his boat to aid him in receiving Nayru's Flame. Skipper originally resided in Skipper's Retreat, but left to explore the sea with his crew. One of the notes in Skipper's house refers to him as "Dad", implying that he has a son. Skipper is a proud captain of the Sandship that guards Nayru's Flame. It is later attacked by the Abysmal Leviathan, Tentalus.