From Zelda Dungeon Wiki
Jump to navigation Jump to search
Want an adless experience? Log in or Create an account.
Nayru's Flame 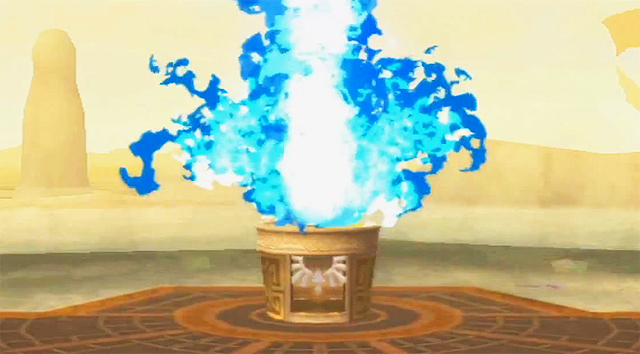 Nayru's Flame is the second Sacred Flame that Link collects in Skyward Sword. It is blue in color and is found in the Sandship within Lanayru Province after defeating the dungeon boss, Tentalus.[1][2] After the flame has been collected, it gives Link the ability to Dowse for four more items.[3][4] In addition to this, it turns the Goddess Longsword into the Goddess White Sword.