From Zelda Dungeon Wiki
Jump to navigation Jump to search
Want an adless experience? Log in or Create an account.
Tentalus 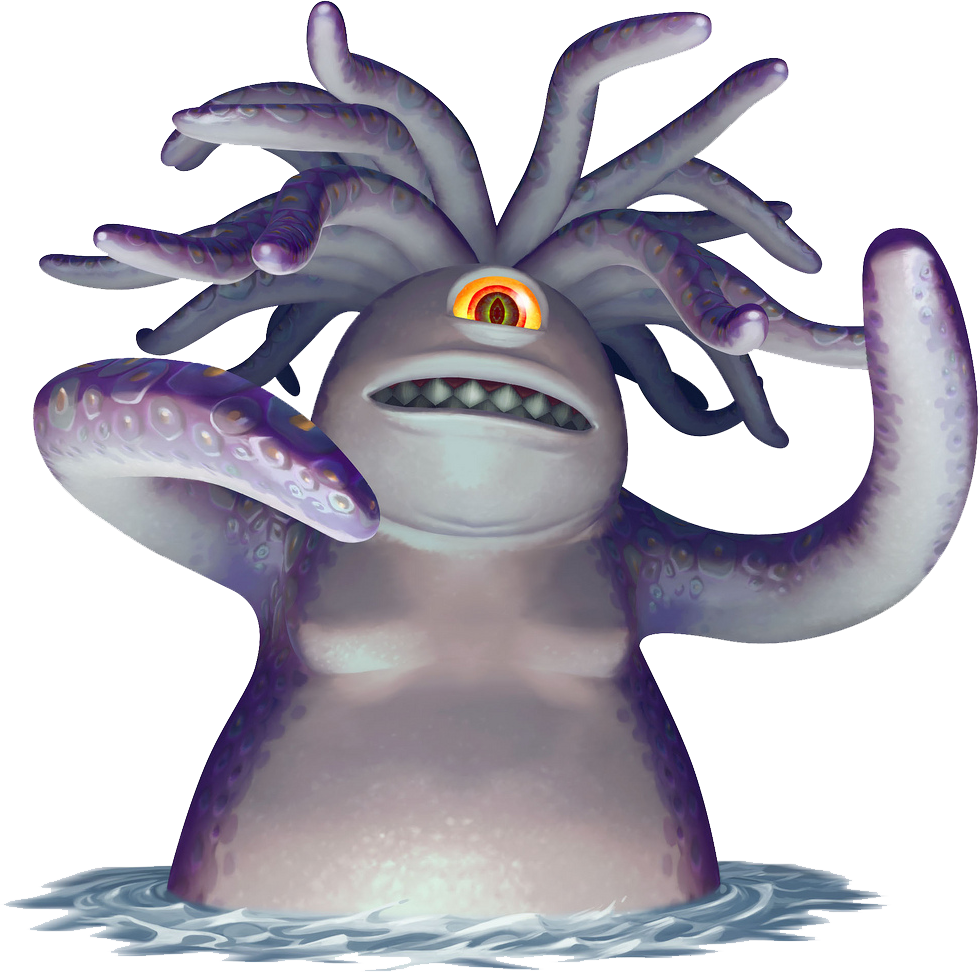 Abysmal Leviathan Tentalus, more simply known as Tentalus, is the Boss of the Sandship, the fifth Dungeon in Skyward Sword.

Tentalus is an immense, humanoid, octopus-haired monster. It has a single red eye on his face, and its skin is a mottled blue-purple. 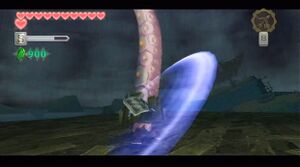 Attacking one of the tentacles 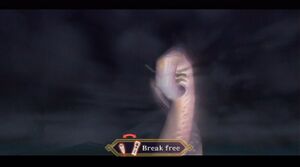 Link caught by a tentacle

Tentalus' battle is possibly unique in the series in that the battle does not take place in the boss chamber of the ship. Instead, Tentalus attacks the Sandship as Link enters the chamber, and he must escape from the depths of the ship, using Skyward Strikes on the tentacles forced through the hull. The battle officially begins on the deck of the ruined ship, where Tentalus reveals its body and the title card is shown.

After the title card is shown, Tentalus dives beneath the ship and begins pushing its tentacles through the ship. When some of its tentacles are severed, Tentalus resurfaces and attempts to strike Link with its massive arms.[1] Tentalus' eye is its weak spot.[2] Meaning Link must shoot long-range projectiles, such as an arrow, to injure Tentalus.[3] The process continues until Tentalus begins destroying the lower deck, forcing Link to climb to the upper deck. Its tentacles grow mouths and attempt to strike Link several at a time.[4]

During the battle's first phase, the Skyward Strike must be used horizontally or diagonally in order to sever the tentacles and reveal Tentalus. Reminder, the Skyward Strike can be charged when walking, which is necessary during this battle. When Tentalus emerges and hits the deck with its arm, Link has a chance to hit it with an arrow in its eye. Tentalus' head will fall to the deck, where Link can strike the eye with his sword. This process must be repeated, with Tentalus using more tentacles and withdrawing its arm faster as the battle progresses. 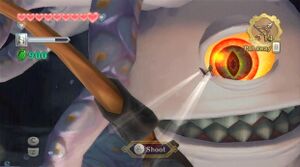 Shooting Tentalus in the eye 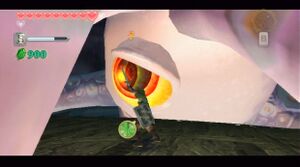 Using the sword against Tentalus's eye

When Tentalus has taken enough damage it will begin destroying the deck, causing a box to fall from an upper level. Link must avoid rolling barrels to climb the box and reach the upper deck. At this point Tentalus will begin sending masses of mouthed tentacles at Link. These can be defeated with a single sword slash, though wide slashes are recommended.

After destroying enough of the tentacles Tentalus will roar at Link, giving him a chance to strike its eye and cause it to fall to the deck. Link can then strike at it with his sword.

After Tentalus is defeated, it leaves behind a Heart Container and reveals Nayru's Flame.