From Zelda Dungeon Wiki
Jump to navigation Jump to search
Want an adless experience? Log in or Create an account.
Bilocyte 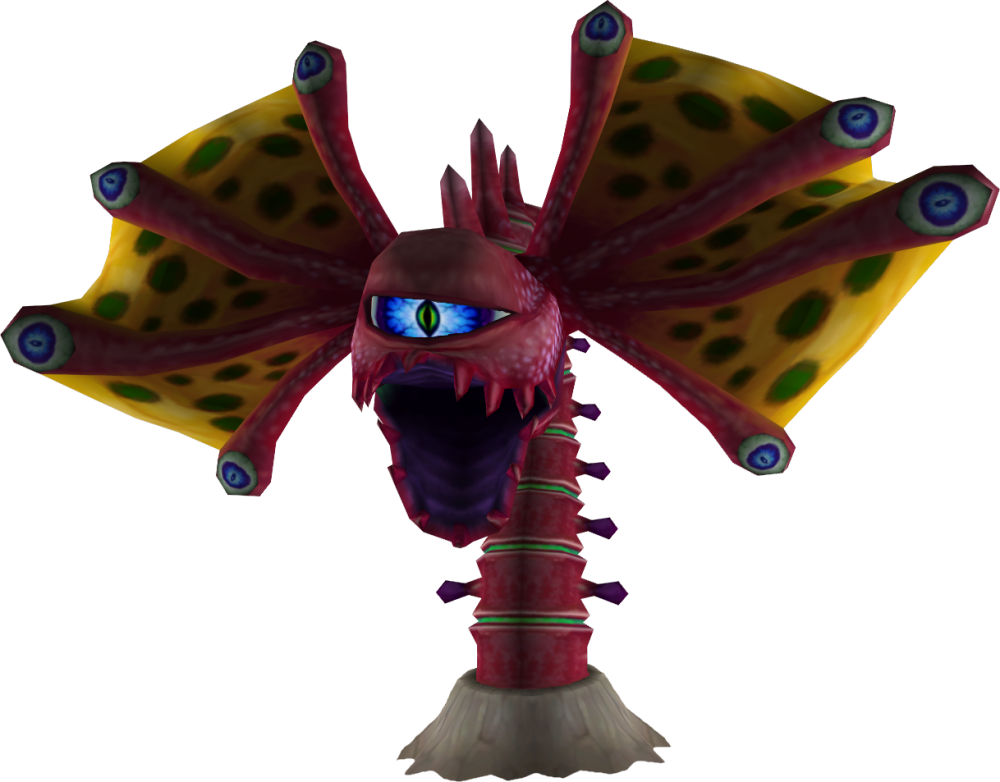 Bilocyte is the infectious parasite that made its way into Levias. Instructor Owlan will state that Levias is not like himself, and that Link should go investigate.[1] After he makes an offering of Hot Pumpkin Soup, the large flying whale appears and is in great pain.[2] After Link defeats the eyeballs coming out of Levias' sides, he lands on top of the whale and is almost immediately confronted by Bilocyte. Its weakness is its eye, and after a few good sword slashes, it will be defeated. Levias will then return to normal, and the story will continue. 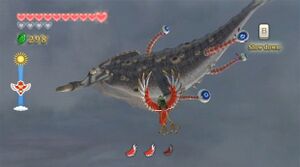 Flying towards an eye 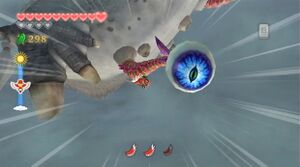 Jump off one of the nearby ledges and summon Link's Crimson Loftwing. Levias has four large tentacles coming out from its body, with each one having a large eye at the end. Fly over with the Loftwing and when close enough, perform a Spiral Charge to knock out the eye. Be wary of the other flying enemies in this area and if they come closer to you, perform a Spiral Charge to get rid of them as well.

There isn't much else to the Levias boss battle. Just keep battling and defeat all four of its eyes. Afterwards fly on over and jump off the Crimson Loftwing to land on its back. If you miss the landing, just summon your Loftwing once again. Once you land, the boss battle with Levias changes to a new boss battle with another creature. 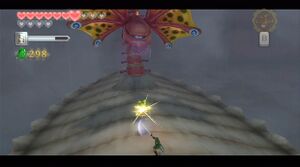 Hitting a ball back at Bilocye 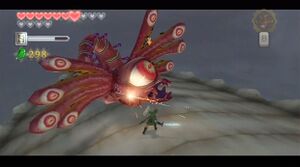 After knocking off its wings, Bilocyte will change its attack pattern. After shooting the blob at you, it will move its head to the left or right, and sometimes even staying right in the middle. You must deflect the green blob back at Bilocyte, depending on the direction at which it has moved its head. If it doesn't move its head at all, deliver a vertical sword slash to knock the blob right back at it. Each time you hit its eye, run on up and stab away with the master sword to harm it.

Bilocyte will get back up and it will grow out its wings once again. Hit the wings and hit Bilocyte with a number of its own green blobs. Keep at it and Bilocyte will be defeated.