From Zelda Dungeon Wiki
Jump to navigation Jump to search
Want an adless experience? Log in or Create an account.
Levias 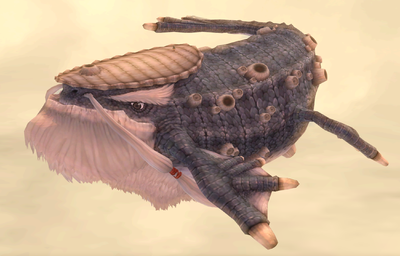 Levias freed from his infection.

Levias is a giant whale-like creature floating in The Sky, appointed by the Goddess as the "warden of the skies"[1].

The Great Spirit Levias was appointed the guardian of The Sky, making sure that no monsters from the Surface harm anyone.[2]. He was also entrusted as the keeper of one piece of the Song of the Hero, along with three dragons: Faron, Eldin, and Lanayru.

He is a particular fan of the Lumpy Pumpkin's pumpkin soup, and every year the owner, Pumm, makes an offering of the soup to him.[3]

During the course of Skyward Sword, Levias is possessed by the parasite Bilocyte, and Link must enter the the Thunderhead with an offering of pumpkin soup to attract him. Link must defeat the parasite to free him. Once free, Levias expresses thanks, and tells him what he knows of the Song of the Hero, including who holds the other three parts. Once Link has the dragons' parts, he must return to Levias for the final part of the song.[4]

Levias appears in the Skyloft Legend Mode scenario "Land in the Sky". Link must use containers of pumpkin soup to attract him to push various islands together, allowing passage.