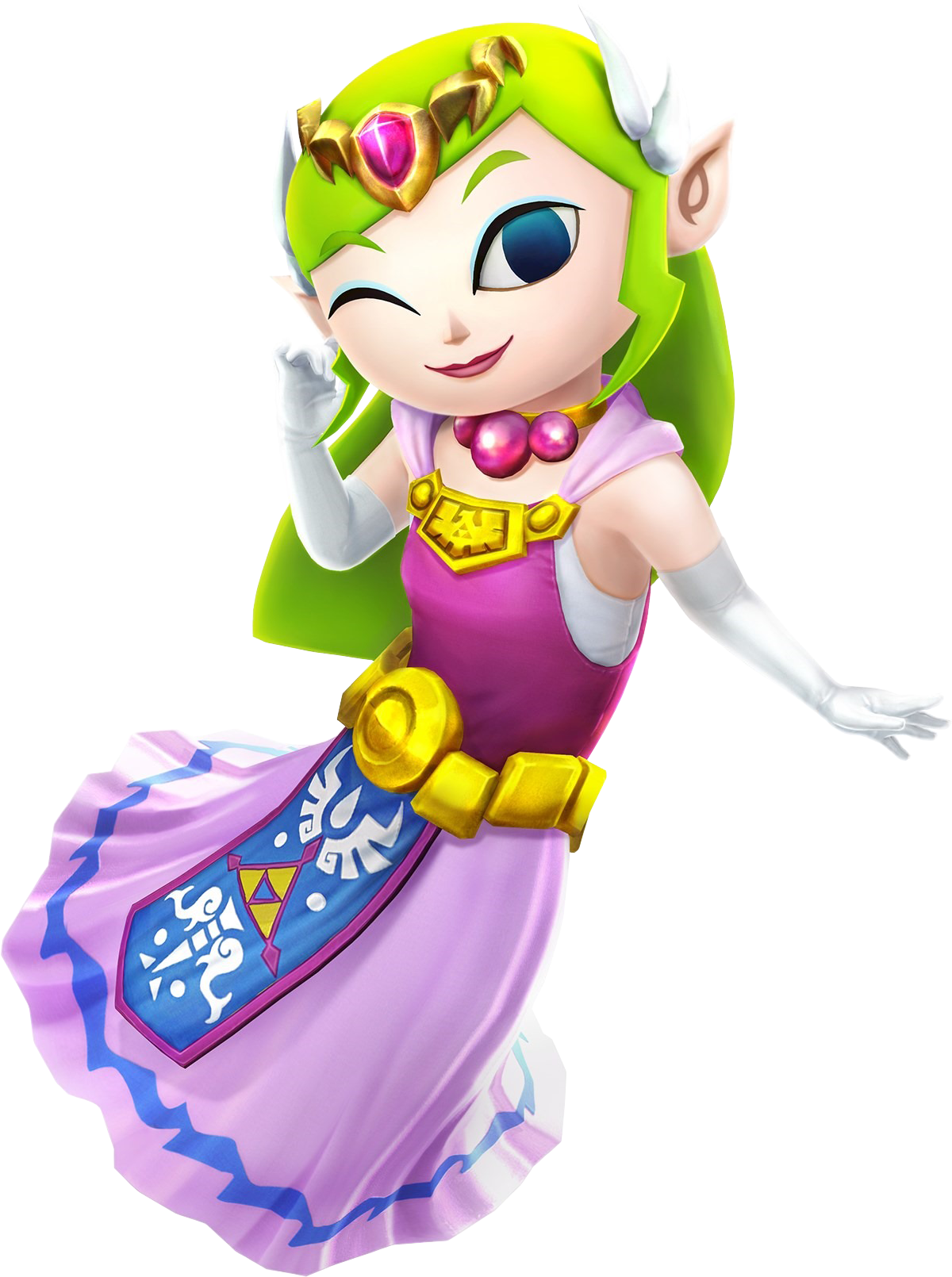 Toon Zelda is a playable character in Hyrule Warriors. She is based upon Zelda's appearance in Spirit Tracks.

Likely due to her later inclusion, Toon Zelda has no extra costumes and no original material drops. In Hyrule Warriors Legends and the Definitive Edition, she drops the same materials as Tetra, which are Tetra's Sandals as a silver material and Tetra's Bandana as a gold.

Because she is based on her Spirit Tracks incarnation, Toon Zelda appears as a ghost who has the ability to possess and control Phantoms. Other character traits of hers also appear, such as being afraid of Rats when exiting Focus Spirit. Toon Zelda is weak to darkness-element attacks.

Toon Zelda uses the light-element Phantom Arms as a weapon. She possess a Phantom and can use its sword and various other abilities to attack enemies. Her strong attack (

) allows her to curl up into a ball like a Wrecker Phantom and roll into enemies. She also occasionally leaves her Phantom to use magical attacks. All upgrades of this weapon are found on the Grand Travels map.

To complete all of Toon Zelda's badges in Hyrule Warriors: Definitive Edition, the player must collect the following materials: