From Zelda Dungeon Wiki
Jump to navigation Jump to search
Want an adless experience? Log in or Create an account.
Yuga 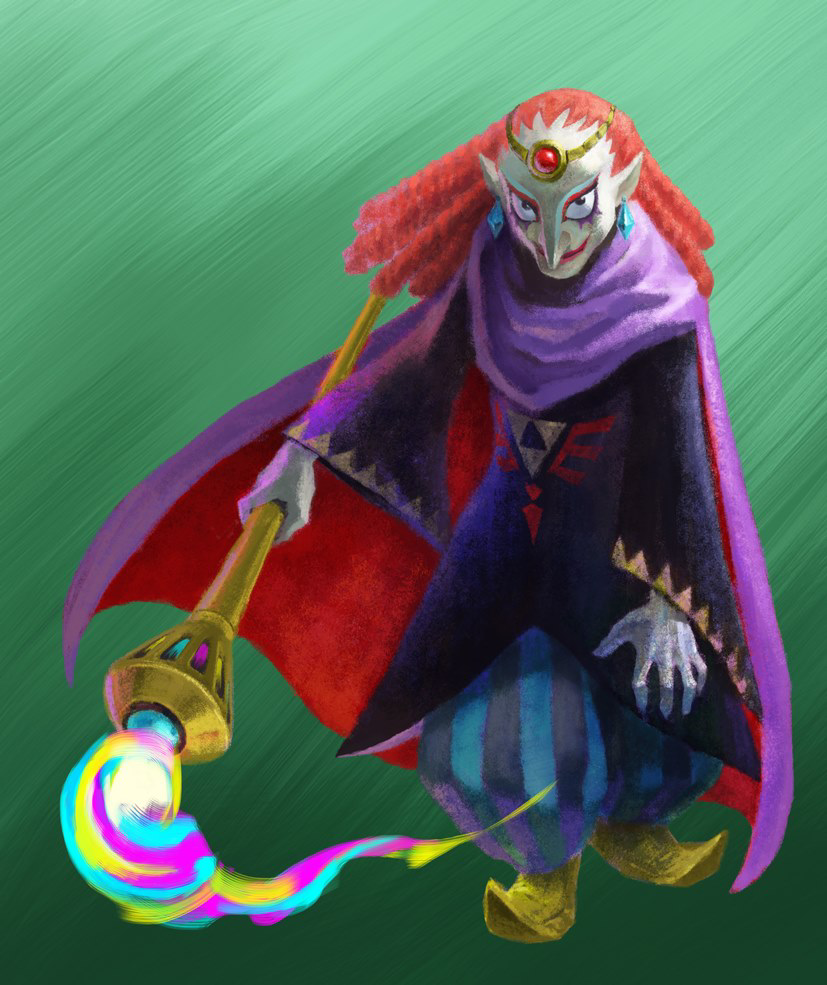 Yuga is the main antagonist in A Link Between Worlds. A narcissist, he has an obsession with "beauty" and power.

Yuga has the ability to turn himself and others into paintings. He uses this ability to trap characters (such as Zelda) in paintings. This ability was also used on Link after his first defeat in the Eastern Palace, which gave Ravio's bracelet the ability to pull Link out of the wall, and gave him the ability to jump from 2D to 3D. He has a very arrogant personality, similar to Ghirahim.[1] Yuga has an obsession with perfection; he wants to make everything beautiful into paintings, as shown by his mannerisms when he imprisoned the sage, Seres.

After obtaining the pendants of power, wisdom, and courage, Link approaches Yuga in Lorule Castle, only to see Yuga use the paintings to revive Ganon. From there, Yuga absorbs Ganon's power, gaining the power of the Triforce of Power. Yuga's transformation resembles Ganon's look in A Link to the Past. Hilda then binds Yuga, and lets Link continue on his adventure to collect the Triforce of Courage.

When Link comes back with the Triforce of Courage, Hilda lets him into Lorule Castle. After making it back into the throne room, Hilda reveals her plot to obtain the Hylian Triforce to replace the Triforce of Lorule. She then summons Yuga to approach Link for the final fight between the two.

Upon the defeat of Yuga, Hilda demands for his piece of the Triforce so that it does not get lost. This is when Yuga turns on Hilda, stating that he wants to recreate Lorule in his image. He then imprisons Hilda into a painting, taking her portion of the Triforce. This is when Yuga's next form appears to Link. After this fight, Yuga is finally dead, and the final cutscenes take place.

"This sorcerer hides within a beautiful picture frame while his illusory attacks blindside enemies. He can summon a massive spear to pierce his enemies' defenses."