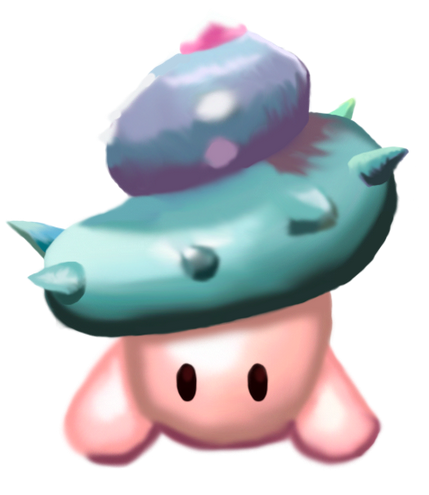 The Maiamai are a race from A Link Between Worlds. They are small marine creatures that bear similarities to hermit crabs. Judging by the appearance of their mother, it is implied that they will one day grow into Octorok-like creatures.

The Maiamai are part of a large side quest where Link must find all 100 of Mother Maiamai's children that are spread evenly across Hyrule and Lorule. The children will not appear before Link has spoken with Mother Maiamai for the first time. Once the side quest begins, Mother Maiamai will give Link a map showing how many Maiamai are left to be found in a specific region. Every time Link finds ten Maiamai and brings them back to their mother, she will upgrade any one of Link's items (except for the Lamp and Bug Net, which are instead upgraded via completing the Advanced Treacherous Tower level), provided that they are bought from Ravio and not rented out. These upgrades greatly enhance Link's items, featuring better utility or more damage from the original item, making collecting the Maiamais more rewarding than some of the other collectibles from previous Zelda games. If all 100 Maiamai are found and returned to Mother Maiamai, she will give Link the Great Spin Attack, which effectively doubles the original Spin Attack's radius and makes him invincible for the majority of the duration of the attack. It also deals much more damage than the original Spin Attack (to the point where it can kill most monsters in one hit, assuming the Master Sword Lv. 3 is used), making it very useful for the Treacherous Tower.

Maiamai can be found in a variety of places, such as buried under rocks, at the bottom of bodies of water, or on top of trees or statues that must be dashed into. They are most commonly found on walls, where Link must merge to the wall, position himself directly behind the Maiamai and exit the wall, pushing it off. When Link is close to a Maiamai, he can track it down by listening to the shrieking noises they produce.