From Zelda Dungeon Wiki
Jump to navigation Jump to search
Want an adless experience? Log in or Create an account.
Golden Bee 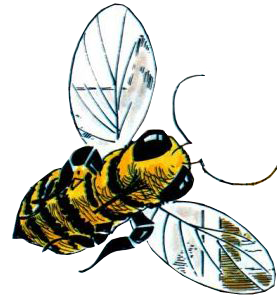 The Golden Bee, also known as Good Bee in the SNES version of A Link to the Past, is a Bee that Link can catch using the Bug Net and release against other enemies.

The Golden Bee is a legendary bee that can only be found in two places in this game. This bee is stronger than a regular Bee and will never fly away from Link. To catch it, Link can go to the cave where the Ice Rod is obtained. In the cave next to that one, Link can find a Fairy Fountain with two fairies and a fairy statue. Dash into the Fairy Statue with the Pegasus Boots and a Golden Bee will appear. Like regular bees, Golden Bees also can be caught and stored in a Bottle using the Bug Net.[1]

Golden Bees can be found in the grass, but are much rarer than regular Bees. Additionally, they can be obtained by paying 888 Rupees to the Mysterious Man dwelling in a cave in the Skull Woods portion of Lorule. Besides the Mysterious Man, the Item Seller in Thieves' Town will sell them for 9,999 Rupees, being the maximum amount of Rupees that Link can possibly hold. After catching one and giving it to the Bee Guy, he thanks Link by giving him the Bee Badge. This prevents Bees from stinging Link and instead makes them fight enemies fearlessly alongside him, doing three times the amount of damage. Golden Bees are worth 300 rupees when sold.