From Zelda Dungeon Wiki
Jump to navigation Jump to search
Want an adless experience? Log in or Create an account.
Blade Trap 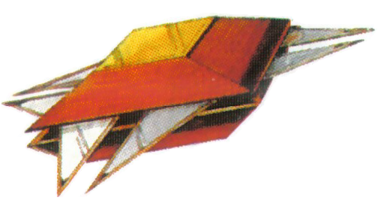 Blade Traps are recurring traps in The Legend of Zelda series. It has appeared in every game to date with the exception of The Adventure of Link.

Blade Traps appear in the corners of some rooms in dungeons. When Link crosses their path, they fly toward him until they hit each other or another obstacle, then retract to their original position. They cannot be defeated because they are essentially an obstacle.

In A Link to the Past, Blade Traps first appear within the Dark Palace. Unlike their The Legend of Zelda counterparts, the Blade Traps in A Link to the Past move by themselves, not needing to be triggered by Link's movements. Often they appear in bunches, just moving horizontally back and forth in a small room. Link can often push blocks or hit Crystal Switches, causing blocks to rise and changing the area in which the Blade Traps can reach.

Blade Traps cannot be defeated and they are usually just obstacles that Link needs to get by. In some cases, such as within Ganon's Tower, there are tons of Blade Traps in a particular room. Link can use the Magic Cape to safely sneak by these traps as they will not be able to harm Link when the Cape is being worn. If Link does get hit by one of these traps, he loses a full heart in damage.

Unlike the standard Blade Traps, these giant ones move rather slowly. However, their large size allows them to cover more ground. Link can use either the Magic Cape or the Cane of Byrna, allowing him to walk right through a Giant Blade Trap.

Blade Traps are found in dungeons around Koholint Island. They have the same function as they do in The Legend of Zelda, and can be jumped over with Roc's Feather.

Blade Traps are invulnerable and come in two varieties: ones that move in a set path and ones that ambush Link if he gets close. Either way, they cannot be defeated, so just wait for them to get on the far side of Link and sneak past. In some puzzles, Link can use blocks or statues to put in their path so they do not have much wiggle room. They appear in Dodongo's Cavern, Ice Cavern, Water Temple, Shadow Temple, Spirit Temple, and Ganon's Castle.

Blade Traps appear and function in the same manner as in Ocarina of Time. They are found Beneath the Well.

There are four different types of Blade Traps in Oracle of Seasons.

These work the same as the traps from The Legend of Zelda and Link's Awakening.

Unlike most of the other traps, this one does not slow down and retract. It continuously goes back and forth, making it a bit more difficult to pass, similar to the ones from Ocarina of Time except faster.

This is the fastest trap in the game, similar to the blue trap, except when it is activated, it goes much faster, but retracts more slowly.

These traps are much larger than normal traps and follow set paths. They come in red and orange colors.

The Blade Traps found in Four Swords are very similar to other appearances. They only dash out at Link when he crosses their path, the kind that follows a set path is not present. Another enemy, similar to Blade Traps, can retract its blades when in rest. The latter enemy comes in two kinds: those that dash out at Link when he crosses their path, and those that chase him until he loses it, e.g. by placing a bush between Link and the blade. All varieties are found throughout most of the stages; however, the Hero's Trial (in the Anniversary Edition) makes abundant use of them.

Blade Traps appear in the Wind Temple. They are invulnerable and move back and forth. In order to make it past the room to get to the boss door with Makar, blocks must be placed strategically so that they block the Blade Traps so that they do not get in Link's way.

Blade Traps are officially referred to as Traps in The Minish Cap. The Blue variant follows a motion controlled path and follows Link if he crosses certain points. Green traps travel along a set line and are located only in dungeons.

Blade Traps appear in the Temple of Time. They are very similar to their other appearances because they are basically a moving obstacle. However, this is the first and only time they are destructible. By taking control of the huge statue and its hammer, one swing obliterates a Blade Trap.

Blade Traps look and behave just like all the other ones. They are found in the Temple of Courage in Phantom Hourglass.

Blade Traps look and behave just like all the other ones. They are found in the Fire Temple in Spirit Tracks.

The Blade Traps in Skyward Sword can only be encountered when a Timeshift Stone is activated. These enemies can be found specifically in Lanayru Gorge when delivering a Timeshift Stone to Lanayru to learn the Song of the Hero.

Blade Traps in A Link Between Worlds function similarly to those in A Link to the Past. They do not react to Link's movement, but instead move on fixed paths. They make an appearance in the Tower of Hera where they can be ignored by merging with the wall. The animation shows the Blade Trap constantly spinning even when it stops moving.