From Zelda Dungeon Wiki
Jump to navigation Jump to search
Want an adless experience? Log in or Create an account.
Nejiron 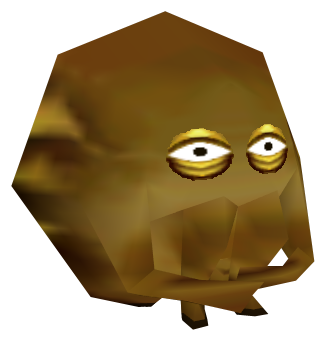 Render of a Nejiron from Majora's Mask

Nejiron is a very strange looking enemy that appears in Majora's Mask.

Nejirons appear on the Road to Ikana and in the Stone Tower Temple. They are rock-like creatures that look and move similar to Gorons. They have adapted their moving pattern to directly resemble a rolling Goron, making them more deadly when they are encountered.[1]

According to Tatl, they smell like gunpowder, indicating their explosive nature and that they should be avoided.[2]. They attack Link by rolling into him, crushing him in the process. The best way to defeat them is by using long-range weapons including the Bow or the Hookshot, as the enemy explodes once they have been defeated. However, each time a Nejiron has been defeated, a new one digs itself up from underground, making this a seemingly endless struggle. Link can wear the Stone Mask to avoid these enemies altogether.