From Zelda Dungeon Wiki
Jump to navigation Jump to search
Want an adless experience? Log in or Create an account.
Shell Blade 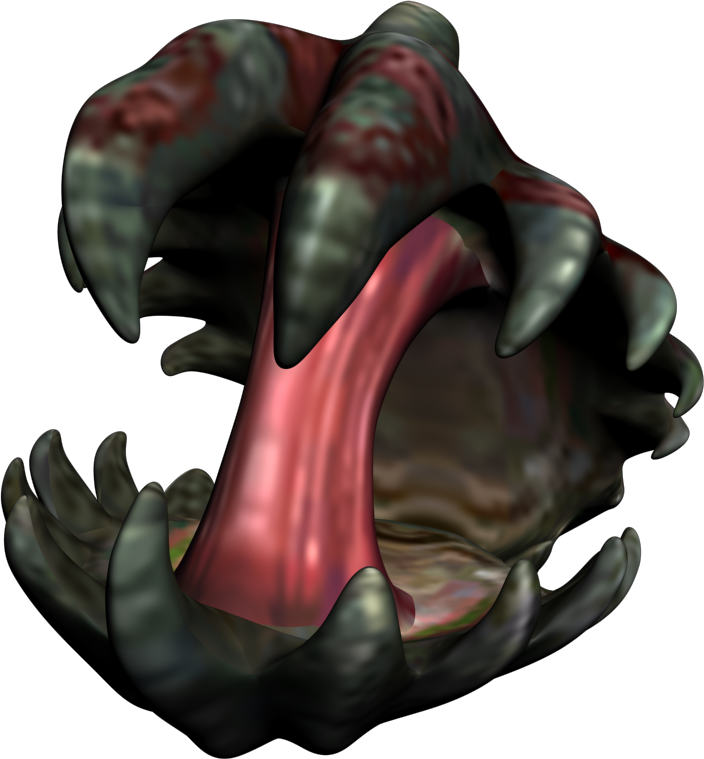 A Shell Blade from Twilight Princess

Shell Blades are seashell-shaped enemies that appear in Ocarina of Time, Majora's Mask, and Twilight Princess. They are found in water environments.

In Ocarina of Time, Shell Blades are mostly found in the Water Temple, although there are a few in a water-filled room of the Gerudo Training Ground. They can be defeated with any ranged weapon, such as the Hookshot, while underwater. Shell Blades attack by briefly opening their mouths, revealing their only weak spot, before closing them shut and turning towards Link, ramming into him with the spikes on their back. During that brief time when their mouths are open is when Link can deal damage. Sword slashes need to be precise, as the large shell will protect the enemy if Link does hit the weak spot.

Link can also use the Megaton Hammer to defeat these enemies. Ironically, despite being water-based enemies, Din's Fire will also defeat a Shell Blade in one hit.

Shell Blades are also found in Majora's Mask, though their behavior and appearance is identical to that in Ocarina of Time. They can be found in Great Bay, Great Bay Temple, and in Pirates' Fortress, guarding some of the Zora Eggs in tanks. Once again, the Hookshot is one of the best ways to deal with them, although while wearing the Zora Mask, Link can instead summon an Electric Aura to defeat them. His sharpened fins will also defeat the Shell Blades while in Zora form.

The Shell Blades in Twilight Princess only appear in the Lakebed Temple. They are very similar to their previous incarnations, with their mouth still being their weak point. Link can defeat them with his Sword while underwater, or with the Clawshot. These Shell Blades are a bit larger than their earlier counterparts, now having the ability to swallow Link whole. If a Shell Blade grabs Link, it will hold him within his mouth for a period of time, dealing damage. If its attack misses though, it will close its shell in defense, waiting for another opportunity to attack. Unlike earlier versions of the enemy, Link can attack the Shell Blade while it is trying to attack Link.

While the Clawshot works well against this enemy, Link can also use a Water Bomb to dispose of it.