From Zelda Dungeon Wiki
Jump to navigation Jump to search
Want an adless experience? Log in or Create an account.
Eye Switch 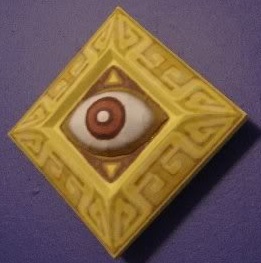 The Eye Switch is a recurring dungeon mechanic in The Legend of Zelda series. These switches consist of a single eye surrounded by a diamond box. Eye Switches are activated by firing Arrows into their eyes. Some Eye Switches allow for a second arrow to be fired into a closed eye to de-activate the switch.