From Zelda Dungeon Wiki
Jump to navigation Jump to search
Want an adless experience? Log in or Create an account.
Whirling Scythe 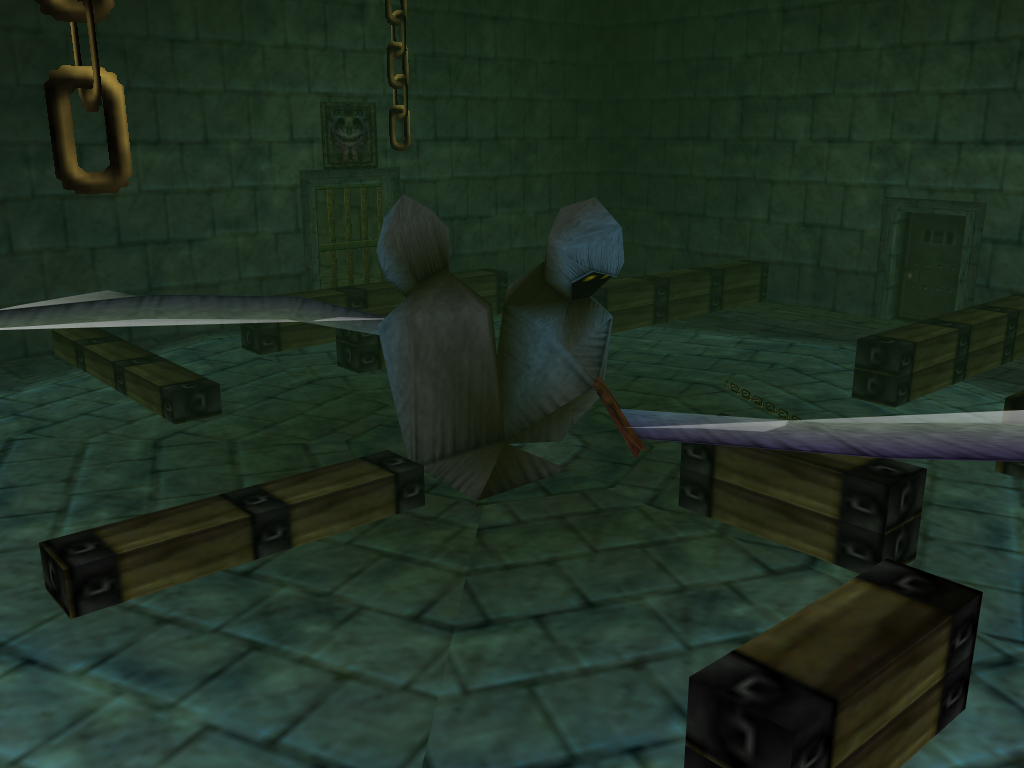 Whirling Scythes are traps in Ocarina of Time. They are found exclusively in the Shadow Temple.

The two scythes are held by massive reapers, and are often found in large open rooms. They will continuously move in a counter-clockwise fashion, regardless of what is in their way. These traps cannot be defeated and will cause harm to Link if he is hit by the rotating scythes. Link is able to avoid the scythe attacks by holding his Shield and crouching down, in which the scythes will pass right over his head. The scythes do move slow enough where Link can avoid them if he is constantly moving in the same direction that the scythes are rotating. However, there are sometimes obstacles in the way, preventing Link from completing the path.

Very similar traps known as Ice Blades are encountered in the Ice Cavern.