From Zelda Dungeon Wiki
Jump to navigation Jump to search
Want an adless experience? Log in or Create an account.
Skullwalltula 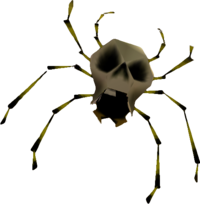 Skullwalltulas are enemies in Ocarina of Time and Majora's Mask.