From Zelda Dungeon Wiki
Jump to navigation Jump to search
Want an adless experience? Log in or Create an account.
Big Octo 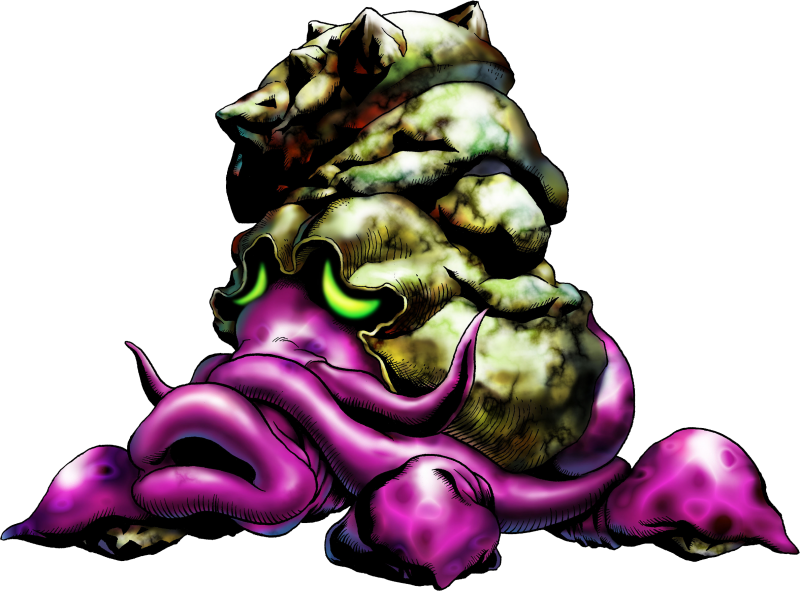 Big Octo are bigger variations of standard Octoroks from 3D Zelda titles. They have been in Ocarina of Time as a Mini-Boss, and in Majora's Mask and The Wind Waker as enemies.

There is only one Big Octo found in Ocarina of Time, and it serves as the mini-boss of Inside Jabu-Jabu's Belly. It is fought in a very small, round room with a spinning spiked platform in the center. In order to defeat him, Link needs to stun him with the Boomerang, and then hit him in the round blob on his back with his sword. If this monster is facing towards him, then he will need to wait for the stun to wear off until Big Octo starts spinning, and then stun it again, hoping its back is facing him. A good four hits with the Kokiri Sword should do him in. While fighting the Big Octo, there will be spikes attached to the platform in the middle of the room. It is recommended to watch out for these spikes as they can push Link down and may delay the rescue of Ruto.

Big Octos in Majora's Mask are only found in the Southern Swamp while it is poisoned. If Link gets too close to one, it'll suck him in, and spit him out again, dealing a lot of damage. They can only be killed with something pointy such as the boat tour boat, or the Hero's Bow.

Big Octos in The Wind Waker have a very different visual appearance than that of previous Zelda titles, and are only found in specific spots around the Great Sea. A flock of four seagulls indicates that a Big Octo is there. Approaching one will get Link's boat stuck in a whirlpool, and the Big Octo will rise out of the sea.

Big Octos have a number of eyes, ranging from four, eight, and twelve. The only items that work against them are Bombs, the Bow, and the Boomerang. The Boomerang takes five hits per eye, arrows take two hits, and bombs take one hit per eye when fired from the Cannon. Failure in destroying all of the eyes fast enough will result in Link getting sucked in and then spat out by the creature, which deposits him elsewhere within the sector. Killing the four-eyed one will make a Great Fairy appear, who gives Link a Magic Meter enhancement. Killing an eight-eyed one will create a light ring with a chest containing an Orange Rupee, while defeating a twelve-eyed one will grant Link a Piece of Heart.

The Big Octos can be found at the following locations and coordinates: