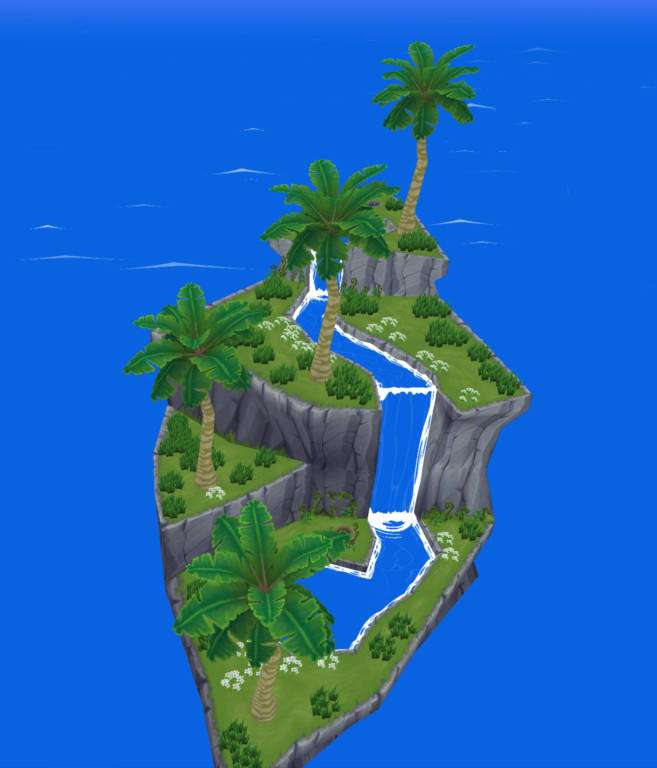 Diamond Steppe Island is an island found in the Great Sea in The Wind Waker. It derives its name from its diamond shape. Three islands surround it. To the north is Needle Rock Isle, to the south is Horseshoe Island, and to the east is Five-Eye Reef.

Utilizing the Hookshot, Link can climb to the top of the island's mountain. Upon completing a maze filled with Warp Jars, he is rewarded with the Ghost Ship Chart. This allows Link to track the Ghost Ship's locations during certain moon phases.[1] The Ghost Ship itself appears in the waters around this island when the moon is in its waxing gibbous stage.

A single 8-eyed Big Octo near the island can be destroyed for 100 Rupees. After obtaining the Treasure Chart from Windfall Island, a sunken Piece of Heart may be obtained as well from beneath the waves.

Get onto the island by using the Hookshot on the palm trees and do the same to reach the higher levels. The Blue ChuChu is on the third level.