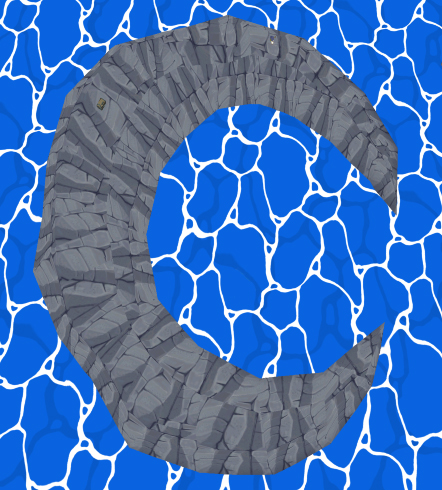 Crescent Moon Island is an island found in the northern portion of the Great Sea in The Wind Waker. The island itself is shaped like a crescent moon, giving it its name. Despite its shape, the Ghost Ship appears near this island when the moon is full. Crescent Moon Island is surrounded by three islands; to the west is Gale Isle, to the south is Pawprint Isle, and to the east is Seven-Star Isles. The island is surrounded by a number of pots floating on barrels that contain Rupees.

After getting Treasure Chart #11 from Dragon Roost Cavern, Link can use it to find a Piece of Heart underwater around the island.

There is a Submarine located northwest of this island. Once on board, Link can defeat a massive horde of Miniblins to acquire Treasure Chart #9.