From Zelda Dungeon Wiki
Jump to navigation Jump to search
Want an adless experience? Log in or Create an account.
Forbidden Woods 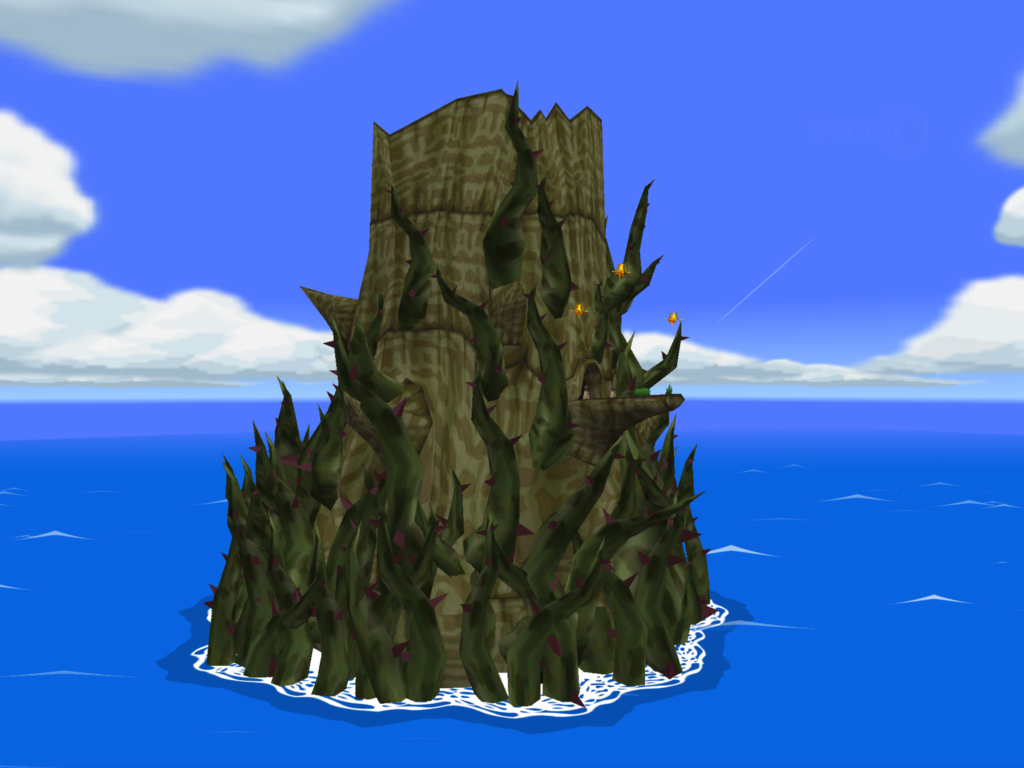 The Forbidden Woods is the second Dungeon in The Wind Waker. It is found on the island Forest Haven, which is the second island Link is instructed to go by the King of Red Lions in search of Farore's Pearl. Inside it, Link finds the Boomerang by defeating Mothula and other foes. Link makes use of the Boomerang by using it against Kalle Demos, an evil, plant-like creature which is the boss of the dungeon. The island itself is covered in spikes and vines that look dangerous to touch.

After Link saves the Great Deku Tree, he is told to go into the Forbidden Woods to rescue Makar, who fell in. Makar is needed to perform the Korok Ceremony to create seeds to grow new forest across the Great Sea. Since Link cannot fly towards the entrance of the dungeon, the Deku Tree grants him a Deku Leaf, which allows Link to glide over to the Forbidden Woods, using the tornadoes just outside of the Forest Haven.

The Forbidden Woods is an overgrown forest, filled with grass, vines, and trees found throughout the dungeon. Many of the doors and treasure chests are wrapped in overgrown flowers, preventing easy access to open them. Throughout the dungeon, Link will need to use various items and objects, such as Bombs and Boko Nuts to break the plant life.

The dungeon has a large cental hub room, with multiple floors. A giant flower is suspended in the air within this room, heald up by several vines. Link returns to this room numerous times and later appears after acquiring the Boomerang from Mothula. Link cuts the lines suspending the giant flower, dropping it down to the lower part of the dungeon. From the bottom of the dungeon, Link finds the Big Key and heads back up towards the boss, Kalle Demos.

The Forbidden Woods is a unique dungeon in that it has extensive use of multiple items just for navigation. Link will regularly use the Deku Leaf, as well as both the Grappling Hook and then then Boomerang to navigate through rooms. 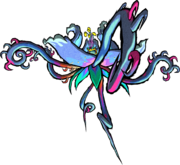 Kalle Demos is a massive plant-based enemy and serves as the second major boss in the game. When Link first enters the boss chamber, he'll discover Makar in the middle of the boss's lair. While Link runs towards Makar, Kalle Demos awakens and gobbles up Makar. Kalle Demos then uses its vines to suspend itself, latching onto the ceiling above.

During the battle, Link must use the Boomerang to cut down the vines that are holding the boss up. When all the vines are cut, the boss drops to the ground, revealing its central weak spot, which Link can slash away with his sword. Link must move quickly as Kalle Demos will recover and if Link is still inside the boss, Link will get chewed up and spit out, causing substantial damage.

Kalle Demos uses thick vines to whip at Link. Link can avoid them by quickly moving around the room, rolling around to avoid the attacks. Link can repeat this process until Kalle Demos has been defeated.

Once Makar is free he asks Link to take him back to the Great Deku Tree. Link is rewarded with a Heart Container and a portal to exit the dungeon. Makar will appear back at the Deku Tree to perform the ceremony. After the ceremony, the Koroks leave to spread new forest across the Great Sea. The Great Deku Tree also gives Link the Farore's Pearl to reward him for his courage in rescuing Makar in the Forbidden Woods.