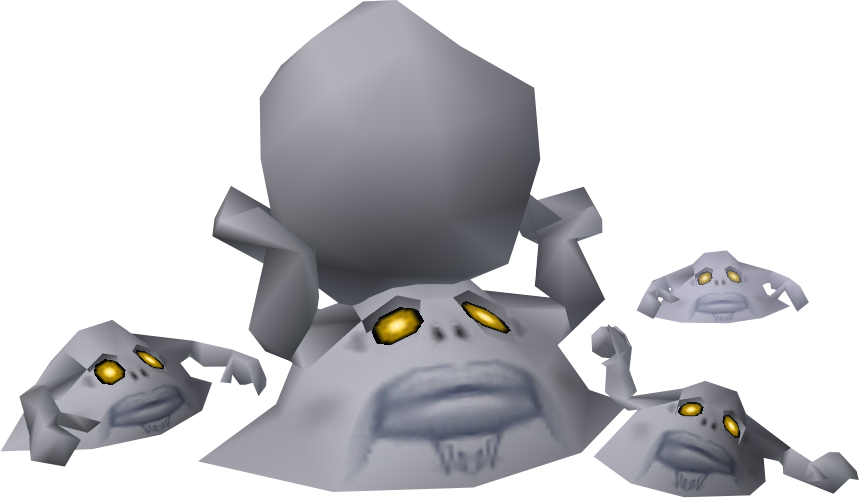 Eeno are snow-based enemies that appear in Majora's Mask. They appear to be mounds of snow that live in cold environments and throw snowballs at Link when he is within range. When Link is not nearby, they will move around, hovering close to the ground. When Link is nearby, an Eeno will pop up and toss snowballs in his direction.

As these are snow-based creatures, they can be found within Snowhead Temple, as well as areas in Snowhead just around the temple. Additionally, Eeno can be found at nighttime in the snow portion of Termina Field.

There are two sizes of Eeno, a small Eeno and much larger variation. The larger enemies will hold up massive sized snowballs, chucking them towards Link. If Link attacks this Eeno, it will split up into three smaller Eeno. If left alone for long enough, the smaller Eeno will reform into a larger Eeno once again.

Despite the size of the enemy, these snow creatures are fairly harmless. Their attacks are easily blocked by Link's Shield. Link can defeat these enemies with his Sword, but the much more effective way is to use the Fire Arrows. A single fire arrow will defeat even a large Eeno.