Skull Woods (A Link to the Past)

From Zelda Dungeon Wiki
Jump to navigation Jump to search
Want an adless experience? Log in or Create an account.
Skull Woods 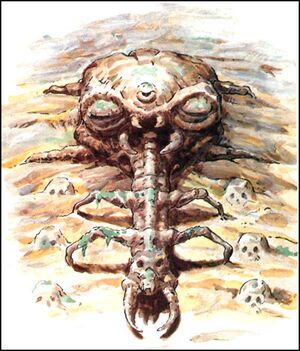 Entrance to the Dungeon

Skull Woods is the third Dark World dungeon and seventh overall dungeon in A Link to the Past. It is found in the Dark World's Lost Woods. It has multiple entrances, one of which needs the dungeon item, the Fire Rod to be accessible. 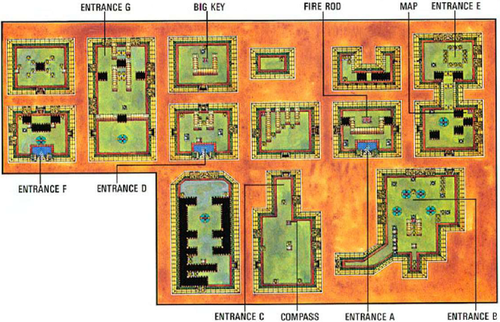 "The passages of Skull Dungeon were connected by a network of dungeon entrances on the forest floor. These underground tunnels were loaded with dangerous traps and villainous creatures. When explorers made it to the end of each passage, they would have to temporarily leave the dungeon and look for another entrance. The entrance to the finale chamber was located in the northwestern corner of the woods."

"The Wall Came Down"
"A legend of Skull Dungeon tells of a hero who fell into the northeast corner of the underground passage through a brush-covered hole. He then blasted his way into a room to the west. There, he found a large switch. When the hero pulled the switch with all his might, the wall to the south exploded, revealing an important passage."

"Under the Forest Floor"
"The passage of Skull Dungeon ultimately led adventurers to the chamber of the dungeon's most feared enemy, Mothula. In preparing to enter Mothula's hideout, warriors equipped themselves with the Fire Rod and made sure that all of their Magic Bottles were filled with Potions or Faeries."

To access the dungeon, Link must fall in one of the holes found nearby the blocked entrance to get inside. After killing some enemies, link will find two switches. After pulling both of them, a hallway will open, revealing the dungeon item, the Fire Rod.

After obtaining the Fire Rod, Link will be able to access the main part of the dungeon, by burning the trunk that blocks the way. After proceeding, Link will engage in a battle with the dungeon Boss, Mothula.

Link, in this dungeon, obtains the Fire Rod, used to procceed in the dungeon, and to fight the dungeon boss, Mothula.

Mothula is the boss of Skull Woods, a dungeon in the Dark World. The boss room contains a moving floor, and is surrounded by spikes on all four sides. The spikes move across the room. Mothula flies around the room and shoots three sets of beams at Link. Other than regular sword strikes, a good weapon to use against Mothula is the Fire Rod. 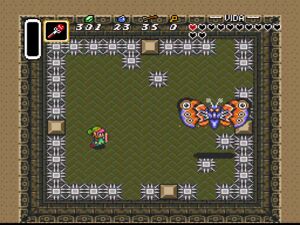