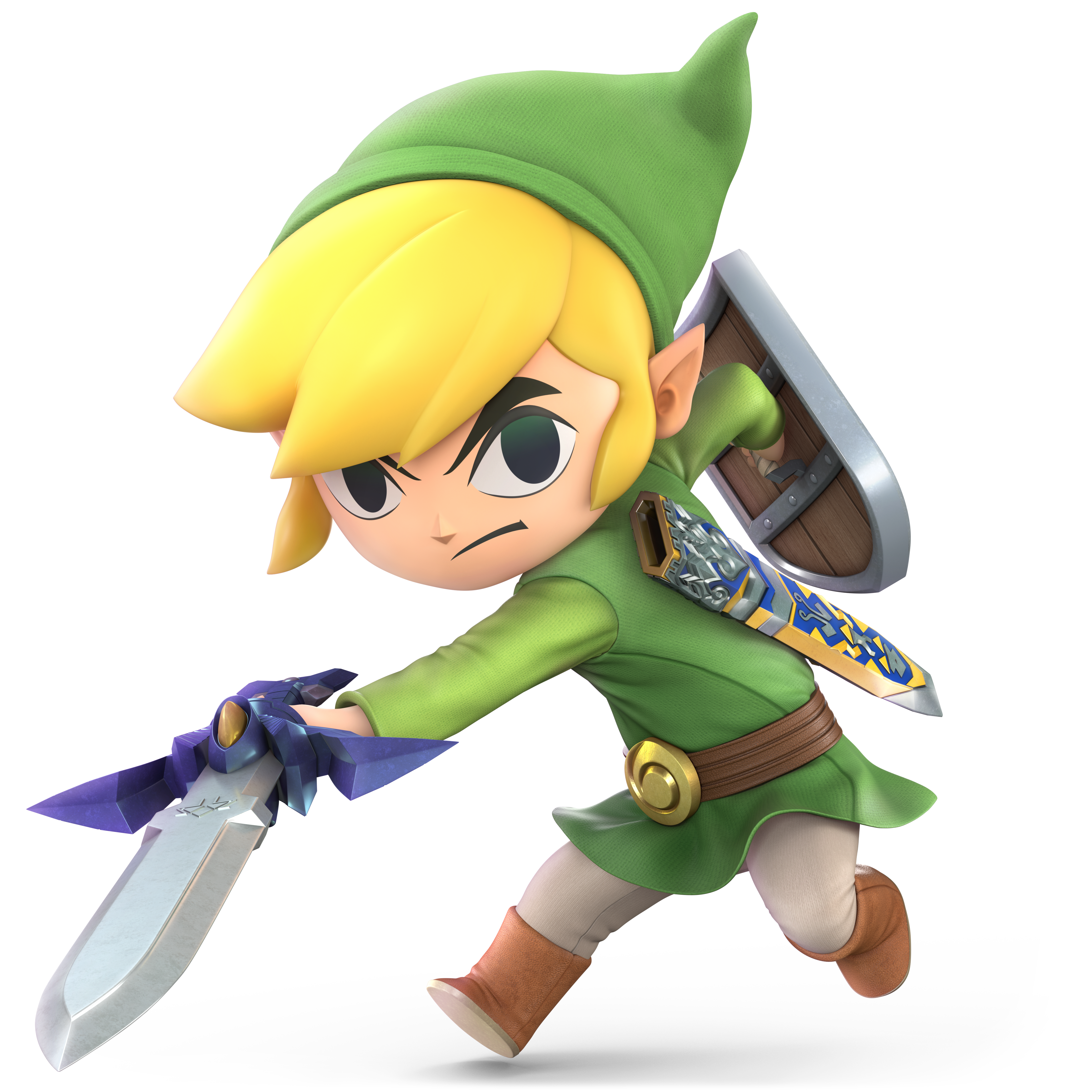 Toon Link is a character that appears in several non-canon titles. He is often based on Link's appearance in The Wind Waker.

Toon Link appears as a playable character in Super Smash Bros. Brawl. His appearance is heavily based on The Wind Waker. He fights relatively the same as Link, but he moves faster. He can be unlocked by either doing 400 Brawls, or completing the Subspace Emissary and going through a hidden door on The Forest stage, or simply completing the Classic Mode.

Toon Link appears in some stickers with artwork from The Wind Waker. He also has two trophies:

"This hero once sailed the seas to save a legendary world. Now, he fights for a new world with his Hero's Sword and shield."

Toon Link appears in Hyrule Warriors as a playable character. He has two different weapons which include moves from both The Wind Waker and the DS titles, Phantom Hourglass and Spirit Tracks. Instead of speaking or having Proxi say his lines like Link and Young Link, Aryll speaks for him. In the Wii U game, Toon Link is unlocked by purchasing the Legends Character Pack DLC. In Hyrule Warriors Legends and the Definitive Edition, he can be unlocked by completing square B-9 of the Great Sea map in Adventure Mode.

Toon Link's default weapon is the light-element Light Sword. This allows him to use various moves based on his sword techniques in The Wind Waker, including leaping over enemies' heads with his strong attack. The swords and shields are based on games with Toon Link as the lead: the Hero's Sword & Hero's Shield; Phantom Sword & Shield of Antiquity; and Lokomo Sword & Mirror Shield.

Toon Link can also unlock the fire-element Sand Wand, which is based on the weapon of the same name in Spirit Tracks. This weapon is available in the Phantom Hourglass & Spirit Tracks Pack DLC and can be unlocked by completing square D-2 of the Grand Travels Adventure Map. It allows Toon Link to summon blocks of sand and the Spirit Train. 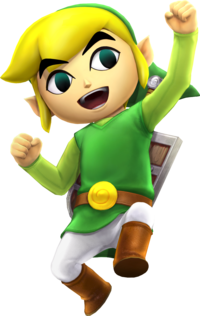 To complete all of Toon Link's badges in Hyrule Warriors: Definitive Edition, the player must collect the following materials:

Super Smash Bros. for 3DS and Wii U

Toon Link returns as a fighter once again in Super Smash Bros. for Nintendo 3DS and Wii U. He also received an Amiibo based on his artwork from this game.

Toon Link appears once again as a fighter in Super Smash Bros. Ultimate. He can be unlocked as a playable character by playing VS matches, clearing Classic Mode with Link and other particular characters, or by defeating his fighter spirit in the World of Light game mode. His fighter spirit can be unlocked by clearing Classic Mode with Toon Link or by purchasing it from the shop for 500G.