Land in the Sky

From Zelda Dungeon Wiki
Jump to navigation Jump to search
Want an adless experience? Log in or Create an account.
Land in the Sky 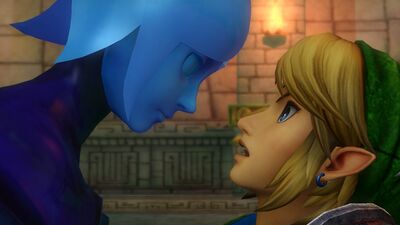 Land in the Sky is the first scenario in the Skyward Sword set of the Hyrule Warriors Legend Mode. In the base game, it was one of the three branching scenarios available after completing The Sorceress of the Valley.

Completing it unlocks Fi as a playable character in the Wii U version & Hyrule Warriors Legends.

"Link and his troops stepped through one of the portals, appearing in an era of fantastical sights.
He had heard tell of a land in the clouds, but now he could see Skyloft with his own eyes...though he was not the first new arrival.
Overrun with monsters, the floating island faced imminient destruction.
Though vastly outnumbered, Link did not hesitate.
He and his allies leapt into the fray to save Skyloft from disaster."