From Zelda Dungeon Wiki
Jump to navigation Jump to search
Want an adless experience? Log in or Create an account.
Light Spirit 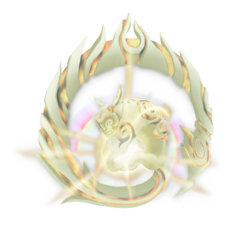 Faron, one of the four Light Spirits

The Light Spirits are deities or spirits that have been seen in Twilight Princess. They can be found in each of the four Light Springs found throughout Hyrule.

Lanayru told Link of the backstory of not only the Light Spirits, but of the Dark Interlopers as well. He said that they, the Light Spirits, were called on by the goddesses to trap the stop the Dark Interlopers from claiming the Sacred Realm as their own. In order to do this, they had to steal and then hide away the dark power they used to become powerful, the Fused Shadow. They decided to seal them away to a new realm, one that would be in constant Twilight. they called it the Twilight Realm.

There are four Light Spirits in total, and they are listed below.