From Zelda Dungeon Wiki
Jump to navigation Jump to search
Want an adless experience? Log in or Create an account.
Ordona 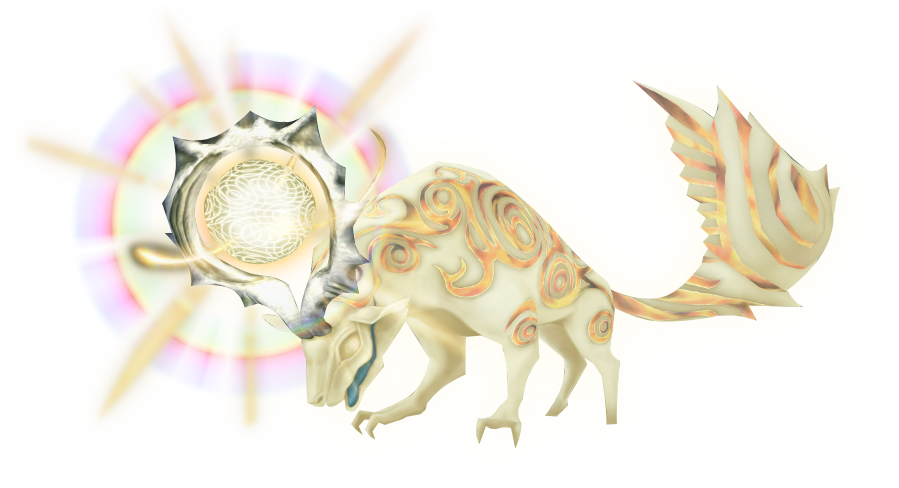 Ordona is one of the four Light Spirits in Twilight Princess that protects the various regions of Hyrule.[1] Although Ordona does not specify great importance among the other Light Spirits, he respectively protects the land of Ordon. Ordona appears in the form of a goat, and closely resembles the native animal of Ordon, the Ordon Goat.

Link first visits Ordona within his wolf form, and he is the first Light Spirit Link visits. Ordona begins to explain the current situation to Link, beginning by stating that the three other Light Spirits have had their light stolen from them.[2] He then mentions that the entire region of Hyrule has been overrun by shadow-infested creatures, and that it won't be long before the entire world has been covered in Twilight.[3] He further explains that, to rid the King of Twilight, the chosen hero must revive the fallen Light Spirits, and that the chosen hero is none other than Link himself.[4] Unfortunately, Ordona breaks the news that most beings consumed by Twilight cannot recover their original forms.[5] He brings hope, though, by hinting that if Link revisits Faron Woods, vanquishes the source of Twilight there, and restores light to the Light Spirit, he may be able to return to his Ordonian form.[6]

Towards the end of the game, Ordona -- accompanied by the presence of the other three Light Spirits -- bestows Light Arrows upon Princess Zelda. Soon after Link and Zelda defeat Ganondorf once and for all, Ordona -- once again joined by the other Light Spirits -- revives Midna, returning her to her original form.