From Zelda Dungeon Wiki
Jump to navigation Jump to search
Want an adless experience? Log in or Create an account.
Underwater Goron 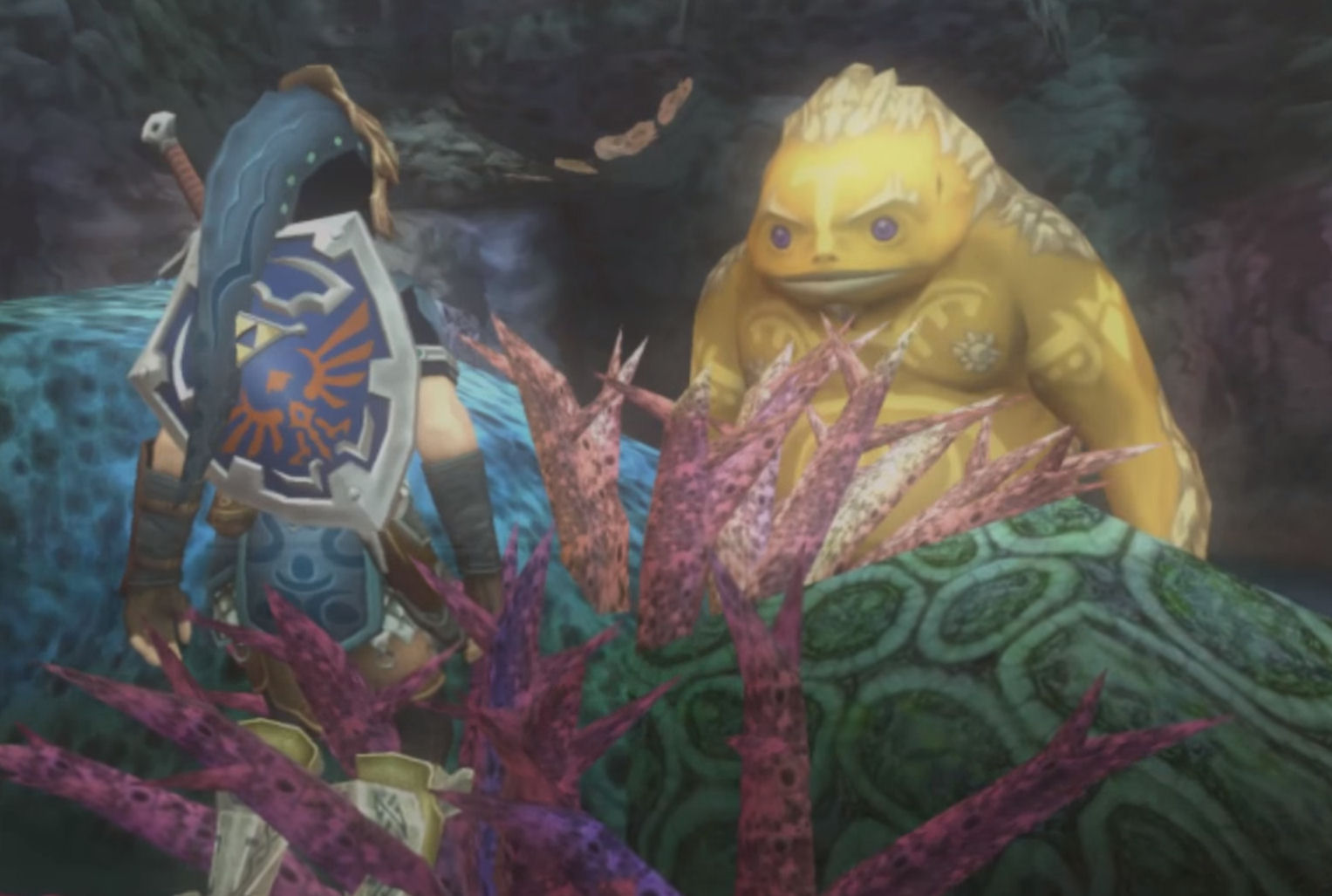 The Underwater Goron is a character from Twilight Princess. After Link has cleared the Eldin Province from Twilight he will journey back to Death Mountain to find the Goron Mines. When arrives, a giant Molten Shard will fall from the sky, landing right in the center of the region.

Later when Wolf Link visits the frozen Zora's Domain, Midna can warp to Death Mountain, grab the large Molten Shard, and bring it to Zora's Domain. This will cause the ice to melt, and the water will run down Zora's River towards Lake Hylia. After Link has acquired the Zora Armor, he can purchase Water Bombs from Barnes Bomb Shop. When returning to Zora's Throne Room, where the molten rock was dropped, Link can sink down underwater with the Iron Boots. Here he can drop a Water Bomb, blowing up the remains of the molten rock, revealing the Underwater Goron.

The Underwater Goron is thankful that Link has helped him out and didn't know how he got so far from home.[1] As a token of his appreciation the Underwater Goron will give Link a Bomb Bag.[2] The Goron is still confused as to where he is, stating that the place is quite cold for being a Hot Spring. He seems to quickly adapt to his surroundings and is content with the colder surroundings.[3][4]

Outside of Hot Springs, Goron are rarely found near water and are almost never fully submerged in it. However, this particular Goron can stand, breath, and communicate without any trouble whatsoever.