From Zelda Dungeon Wiki
Jump to navigation Jump to search
Want an adless experience? Log in or Create an account.
Gor Liggs' Son 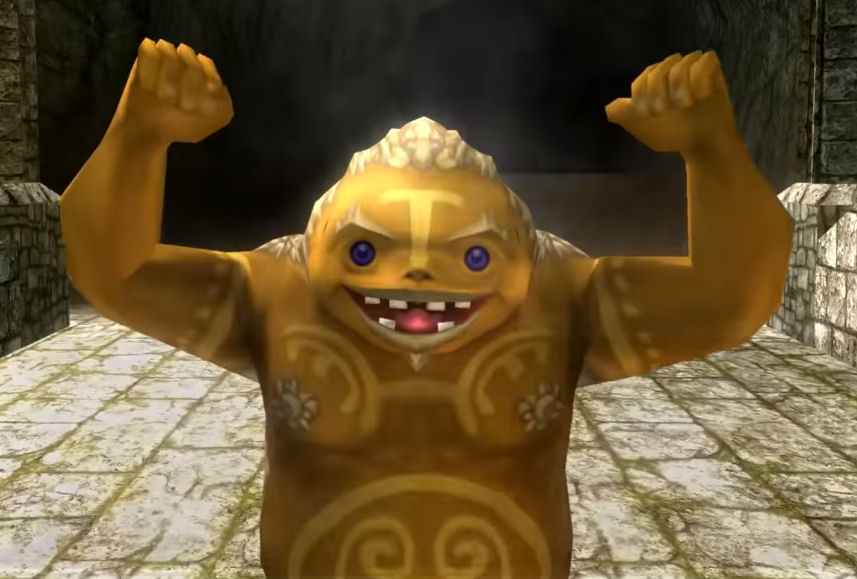 Gor Liggs' Son after having Hot Spring Water tossed on him.

Gor Liggs' Son is a character in Twilight Princess and the son of the Goron Elder, Gor Liggs. For much of the game he can be found sitting on the ground just outside of Castle Town. He hopes that someday somebody will come along and fix the bridge.[1]

His son, Gor Liggs' Grandson, can be found near the south gate of Castle Town. Early in the game he is concerned about his father, as he is just sitting outside of Town and is not responsive to his son. He's scared that his father might be like this forever unless something is done.[2][3]

From that point forward, Gor Liggs' Son will reopen his shop in Castle Town, near the south gate. He is thankful for all of Link's help, and is willing to sell it to him at a discount for only 20 rupees.[8] After this, Link can now purchase Hot Spring Water and give it to the Goron in South Hyrule Field, which rejuvenates him, allowing him to break the boulders.