From Zelda Dungeon Wiki
Jump to navigation Jump to search
Want an adless experience? Log in or Create an account.
Lanayru 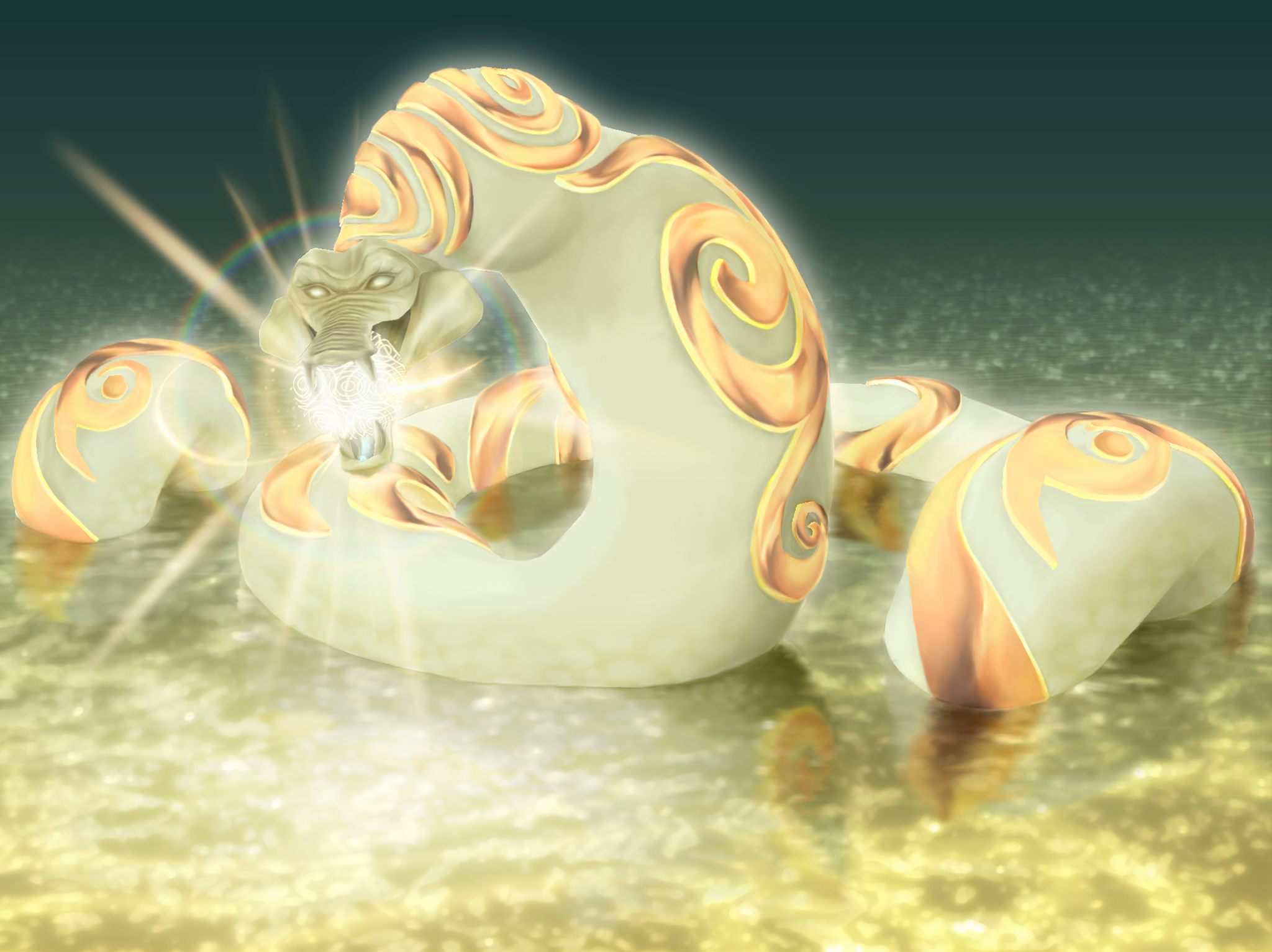 Lanayru is one of the four Light Spirits that appear in Twilight Princess. This spirit protects Lanayru Province and resides in Lanayru Spring. His appearance bears a resemblance to a snake.[1] The name of this spirit is a reference to Nayru, the Goddess of Wisdom.[2]

Lanayru, after Link collects the final set of tears, congratulates him on finally restoring each of the four Light Spirits.[3] He then proceeds to mention the Fused Shadows, knowing that the hero has set out to acquire them. He says that the final piece of the Fused Shadows lies within the bed of Lake Hylia.[4] But before Link can set out and retrieve the pieces he so desires, Lanayru begins to explain some of Hyrule's history.[5] He tells Link about the Goddesses and the Sacred Realm.[6] He explains further on how word got out about the Sacred Realm, and a battle ensued soon after.[7] He concludes their discussion by stating that the Goddesses gave them the order to intervene, and to seal away the magic that Link now seeks to aid him on his quest.[8]

After some time passes, and Link has acquired the final piece of the Fused Shadows, Zant appears and attacks the hero and Midna. Lanayru appears in the nick of time, and proceeds to attack Zant, but he ultimately fails. Zant, being the villain that he is, uses dark magic to force the Light Spirit to attack Midna, gravely injuring her in the process. Before Zant can do even more damage, Lanayru utilizes his power to warp the duo to Hyrule Field, giving Link the chance to save Midna's life.

Along with the other three Light Spirits, Lanayru bestows Light Arrows upon Zelda to aid her and Link in the showdown with Ganondorf. Once the battle has finally ceased, Lanayru — accompanied by the other Light Spirits as well — heal Midna and restore her to her uncursed self.