From Zelda Dungeon Wiki
Jump to navigation Jump to search
Want an adless experience? Log in or Create an account.
Molten Shard 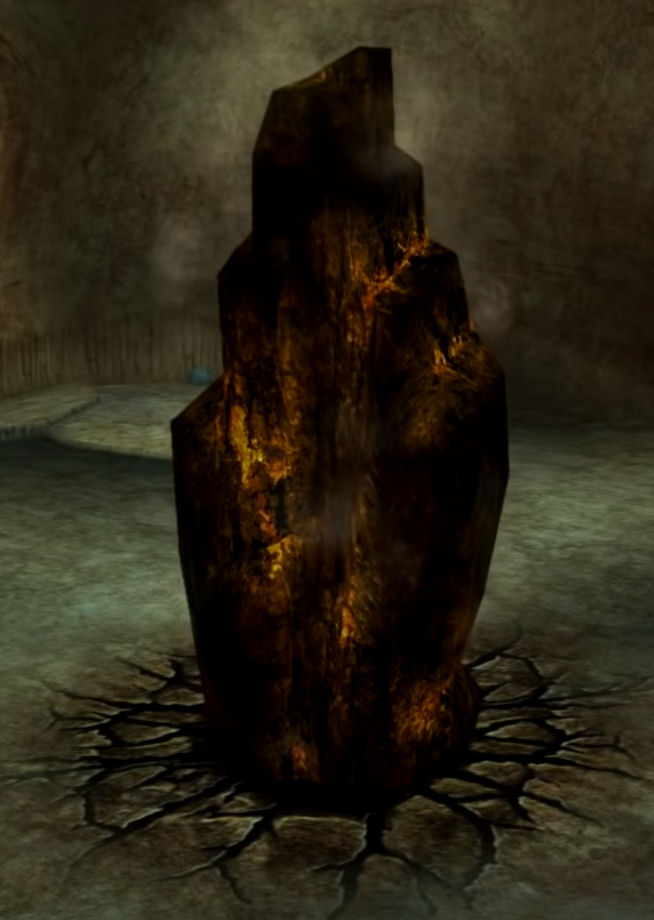 The Molten Shard[1][2] is a massive rock in Twilight Princess. After Link has cleared the Eldin Province from Twilight, he will journey back to Death Mountain to find the Goron Mines. When Link arrives, a giant Molten Shard will fall from the sky, landing right in the center of the region.

Later in Link's quest, he will visit the frozen Zora's Domain. Link can warp back to Death Mountain, where Midna can use her abilities to grab the Molten Shard, bringing it through the Twilight Portal in Zora's Domain. The Shard will burst right through the ice and its burning temperature will completely thaw out Zora's Domain, allowing water to freely flow down Zora's River, all the way to Lake Hylia.