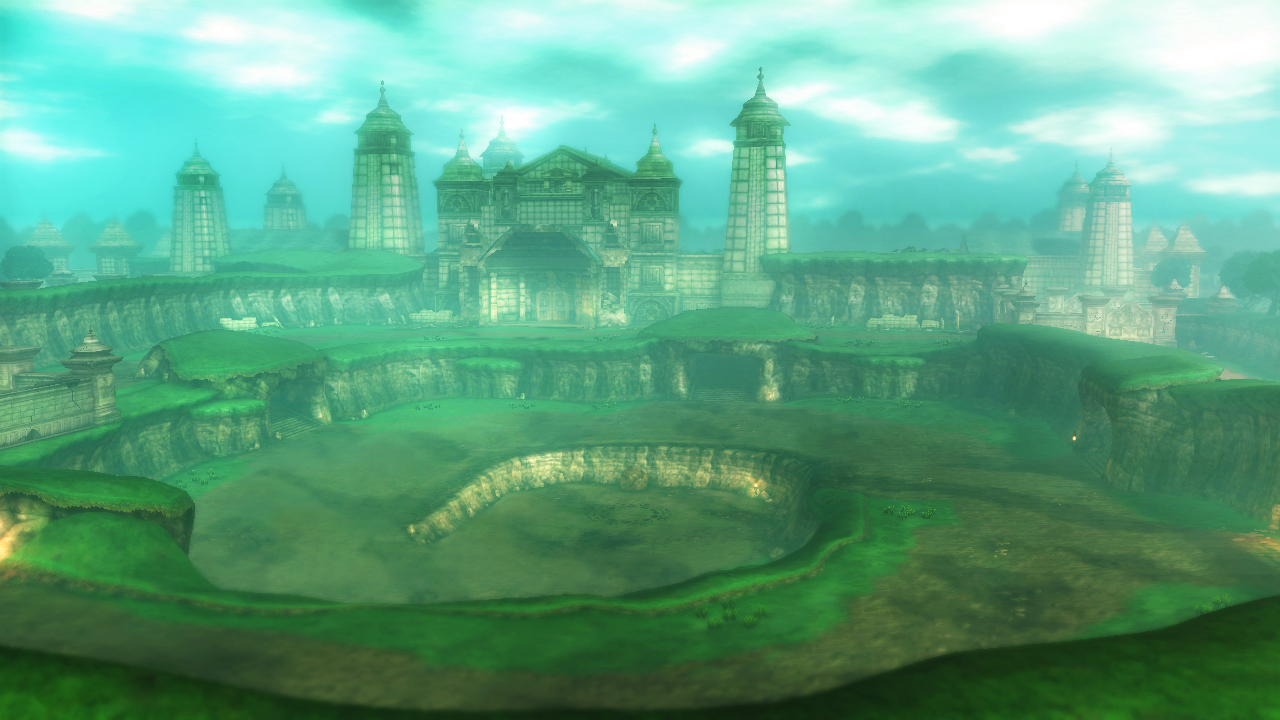 The Sealed Grounds is a stage in Hyrule Warriors. Like its appearance in Skyward Sword, it is a sacred place where the Goddess sealed the demon king that was going to lead the ending of the world during the days of old. Throwing weapons like the Groosenator were installed in the Sacred Grounds in the case of a fight with the demon. On top of the area, the Sealed Temple can be found.

The Sealed Grounds is where The Imprisoned can be fought.