From Zelda Dungeon Wiki
Jump to navigation Jump to search
Want an adless experience? Log in or Create an account.
The Cursed Statue 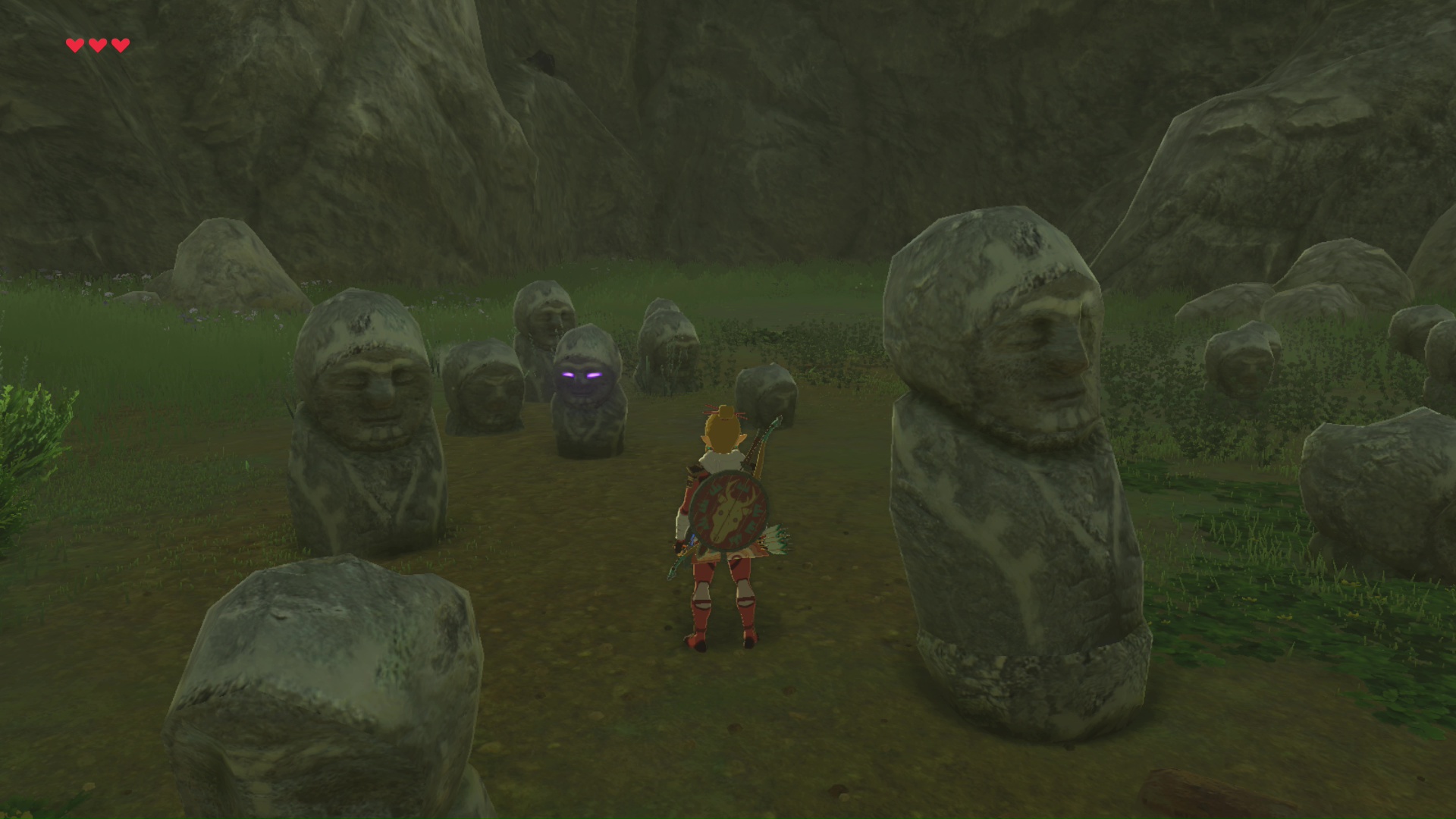 The Cursed Statue is a Shrine Quest from Breath of the Wild.

The quest is given to Link by Calip, who lives in a cabin just east of the wall at Fort Hateno. He is examining An Ancient Text and has a small book on his table that gives a riddle. After talking to Calip and acknowledging that he is a Doctor, he will give you the quest.[1]

During the daytime, Calip will make his way to a graveyard of statues, located northeast of the Cabin. He will remain there until 5pm each evening, before then heading back home to avoid the monsters that come out at nighttime.[2] Since Calip is never there during the evening, he is unable to solve the riddle. As An Ancient Text states, When a dark light resides in the cursed statue's eyes, pierce its gaze to purge the seal from the shrine.

The dark light is the nighttime light. At 9pm each evening, the eyes of one of the statues will begin to glow. Link can shoot it with an arrow, causing the Kam Urog Shrine to rise up from underground. This will complete the Shrine Quest.