From Zelda Dungeon Wiki
Jump to navigation Jump to search
Want an adless experience? Log in or Create an account.
Hylian Homeowner 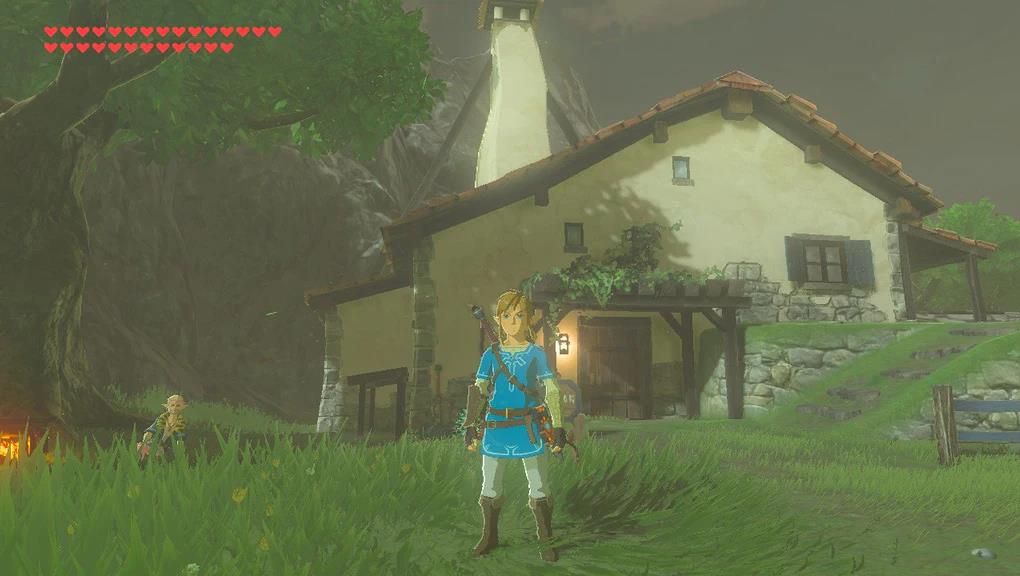 Hylian Homeowner is a Side Quest from Breath of the Wild, in which Link purchases a house on the outskirts of Hateno Village from Bolson Construction

Bolson is available on the south side of a house near Firly Pond in Hateno Village. Talk to him to start the quest.

First, collect 30 bundles of Wood. Wood can be gathered by cutting down trees. The easiest way to gather Wood in bulk is to find a heavily forested area and use the Remote Bomb rune to blow up trees with bombs. One bomb will knock them down, another turns them into wood. Trees may also be cut down with a Woodcutter's Axe or a Double Axe, both of which are often found near stables. There are various areas in the world with plenty of trees. One good farming location is Rito Stable.

After giving the wood to Bolson, the next step is 3,000 rupees. 3,000 rupees may seem like a lot but it will not take much adventuring to get it, as long as you keep an eye out for any ore nodes and blow them up, and then sell what drops from them. This is probably the easiest and laziest way to make money without going out of your way, and can be done while you are doing other things, like collecting Korok Seeds, other side quests, or even the Main Quest.

After you turn in the 3,000 rupees, you will be prompted to talk to Hudson, which will start the From the Ground Up side quest. However, this quest is not over yet. To continue this quest, talk to Bolson again.

This now unlocks the ability to upgrade the home. There are 14 possible upgrades, at a cost of 100 rupees each, and they can be done in any order.

When all upgrades (totalling 1,400 rupees) have been bought, the quest will finally be completed.

Aside from completing the quest, one of the final steps of the From the Ground Up side quest will entail sending Bolson and Karson to Tarrey Town, effectively removing them from Link's front lawn. Afterwards, completing From the Ground Up will give Link the option to talk to Bolson once again at Tarrey Town, which will send both him and Karson back to Hateno, though this is entirely optional and will bear no consequence on quest progression or rewards.