From Zelda Dungeon Wiki
Jump to navigation Jump to search
Want an adless experience? Log in or Create an account.
Koko's Kitchen 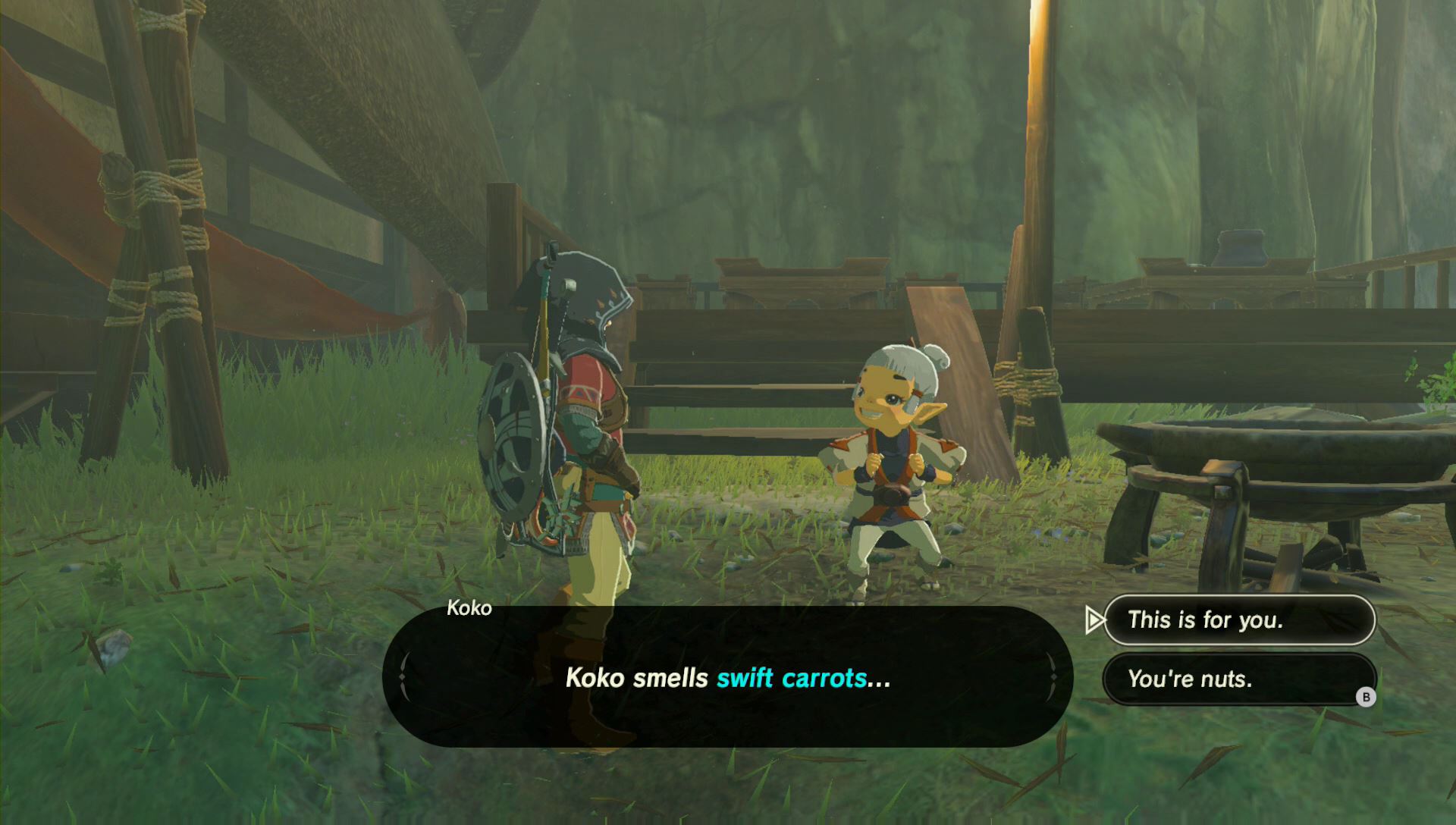 Koko is available outside the General Store in Kakariko Village by the cooking pot on the right, between 12pm and 7pm. However, Koko will not be there if it is raining.

Koko is trying to make Veggie Cream Soup for her younger sister, but is in need of a Swift Carrot.[1][2][3]

Swift Carrots can be purchased from the High Spirits Produce store, right next to where Koko is standing. They are for sale for 16 rupees each.

After gifting Koko the Swift Carrot, she will give you your reward in the form of some Hasty Veggie Cream Soup. This will complete the quest and also open the Cooking with Koko Side Quest.

At any point if you want to know the recipe for Hasty Veggie Cream Soup, Link can find it in Adventure Log for the Koko's Kitchen side quest.