From Zelda Dungeon Wiki
Jump to navigation Jump to search
Want an adless experience? Log in or Create an account.
Koko Cuisine 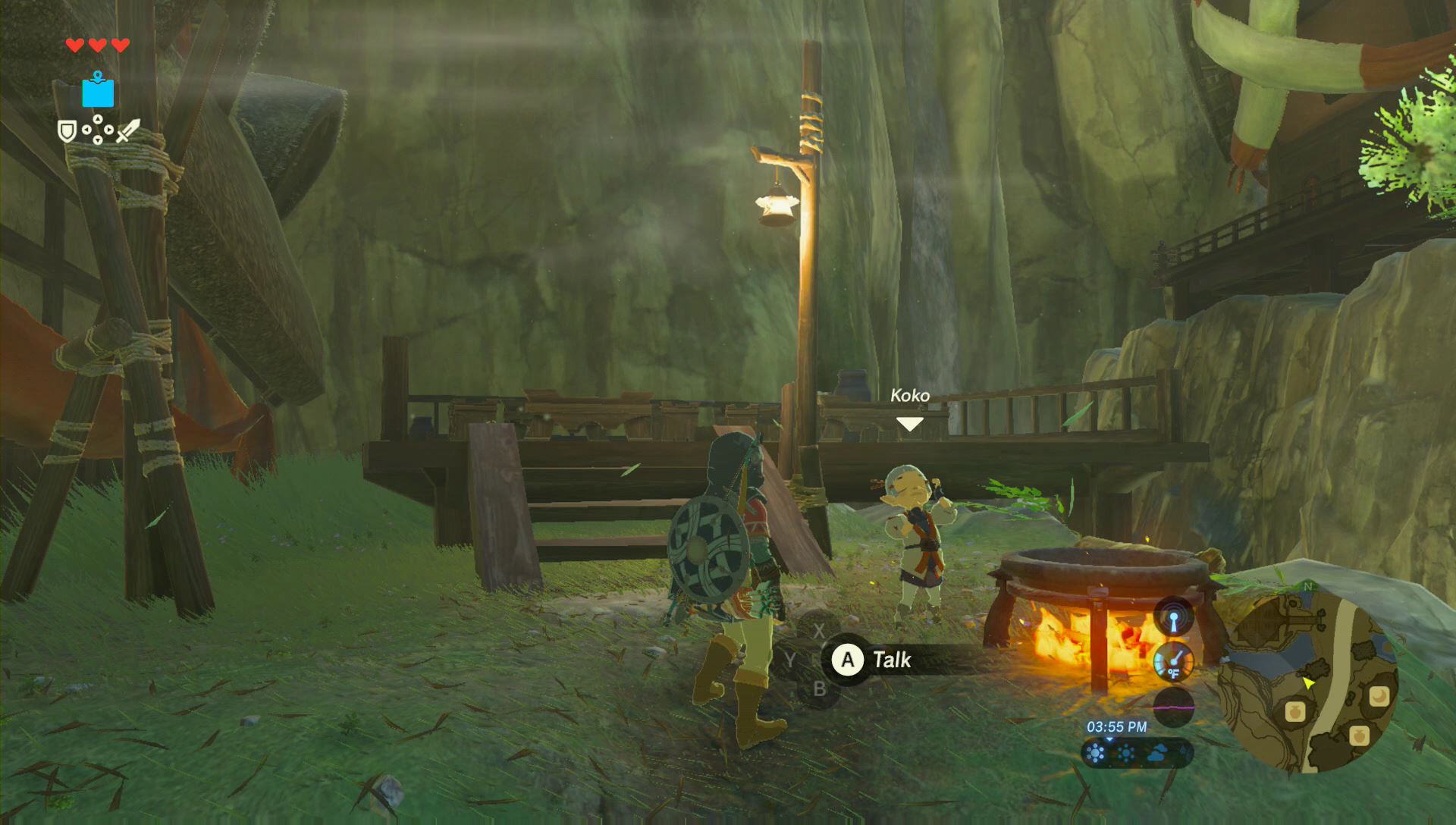 Koko is available outside the General Store in Kakariko Village, between 12pm and 7pm. In order to start this quest, Link will first need to complete Koko's Kitchen and Cooking with Koko.

Koko wants to make some Tough Meat-Stuffed Pumpkin, which is her father's favorite dish, but she is in need of some Raw Meat.[1][2]

Raw Meat is very common out in the wild and can be acquired by defeating some mid-sized mammals, such as a Grassland Fox or Mountain Goat. The traveling merchant Mezer, who travels from Dueling Peaks Stable westward towards the Dueling Peaks Tower, will sell some Raw Meat.

After gifting Koko the Raw Meat, she will give you your reward in the form of a dish of Tough Meat-stuffed Pumpkin. This will complete the quest and also open the Koko's Specialty Side Quest.[3][4]

At any point if you want to know the recipe for Tough Meat-stuffed Pumpkin, Link can find it in Adventure Log for the Koko Cuisine side quest.