From Zelda Dungeon Wiki
Jump to navigation Jump to search
Want an adless experience? Log in or Create an account.
Dueling Peaks Tower 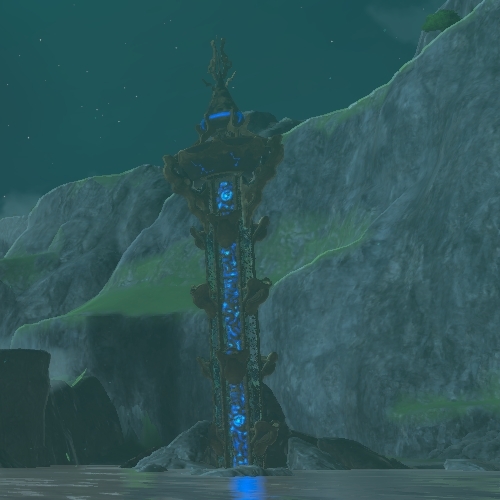 Dueling Peaks Tower (雙子山之塔) is a Sheikah Tower and location in Breath of the Wild. It is located in the West Necluda region, near its namesake, the Dueling Peaks.

Kakariko Village is located within this region; as is Cotera, one of the Great Fairies.

The tower is among the least elevated and most easily accessible Sheikah Towers in the game, located on the northern side of the Squabble River, west-northwest to the Dueling Peaks mountain. It's flanked by three Bokoblin encampments, two that are west to the tower at the northern side of the river in first, a skull camp, and second, at a fireplace with a Cooking Pot that leads to a rock formation leading to the tower located to the tower's northwest; the third encampment is an abandoned Bokoblin treehouse located across the river on the southern side.

Should the player want to advance the story (as the Old Man directs Link towards Kakariko Village), the tower would be the second tower activated overall, though this is entirely optional.