From Zelda Dungeon Wiki
Jump to navigation Jump to search
Want an adless experience? Log in or Create an account.
Captured Memories 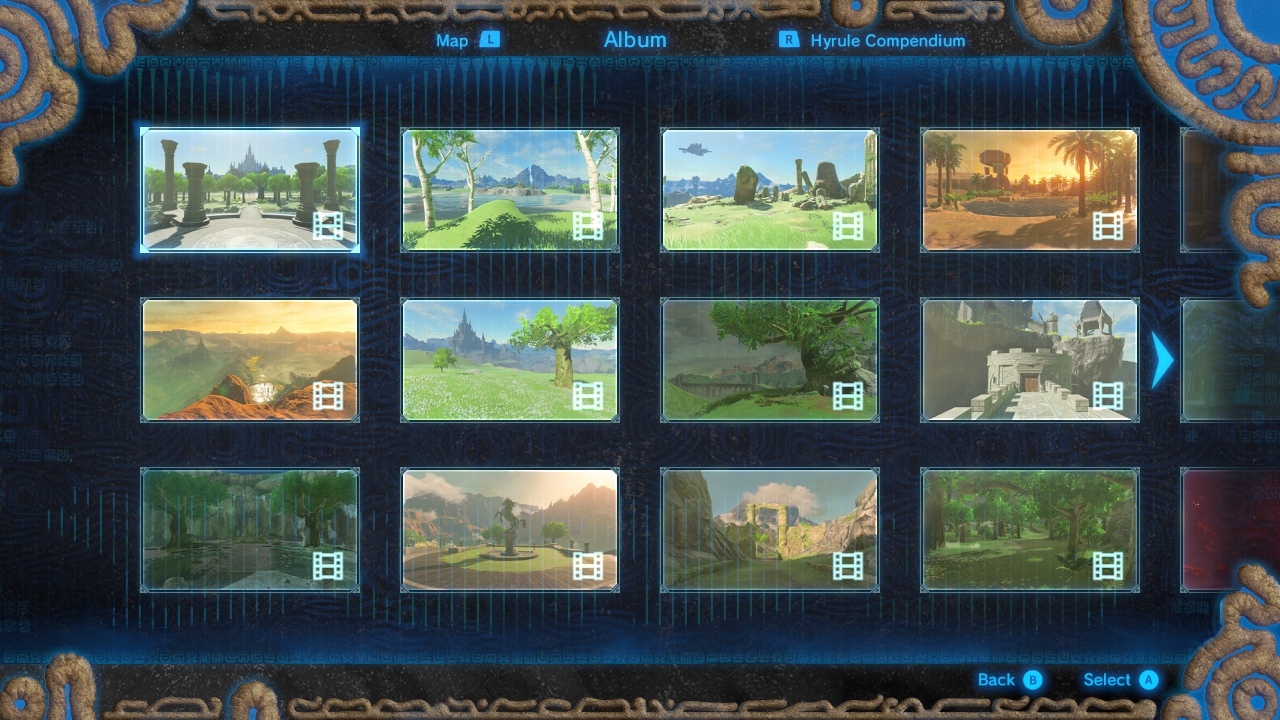 The twelve photos in the Sheikah Slate album

Captured Memories is a Main Quest found in Breath of the Wild.

After having the Sheikah Slate repaired at the Hateno Ancient Tech Lab and reporting the progress to Impa, the Kakariko Village elder tells Link to seek out the locations of the twelve photographs taken by Zelda in the Sheikah Slate to see if they will jog Link's memory. These correspond to these Recovered Memories (Note: The location given for each matches the place name given in the album, rather than the most precise location possible.):

After any one of these memories has been recovered, Link can speak to Impa again to receive the Champion's Tunic.

After all twelve memories have been recovered, Impa will show Link a painting on the wall of her house corresponding to a thirteenth memory, where Link fell in battle on Blatchery Plain:

On recovering this memory, Zelda will telepathically speak to Link, and urge him on to Destroy Ganon.