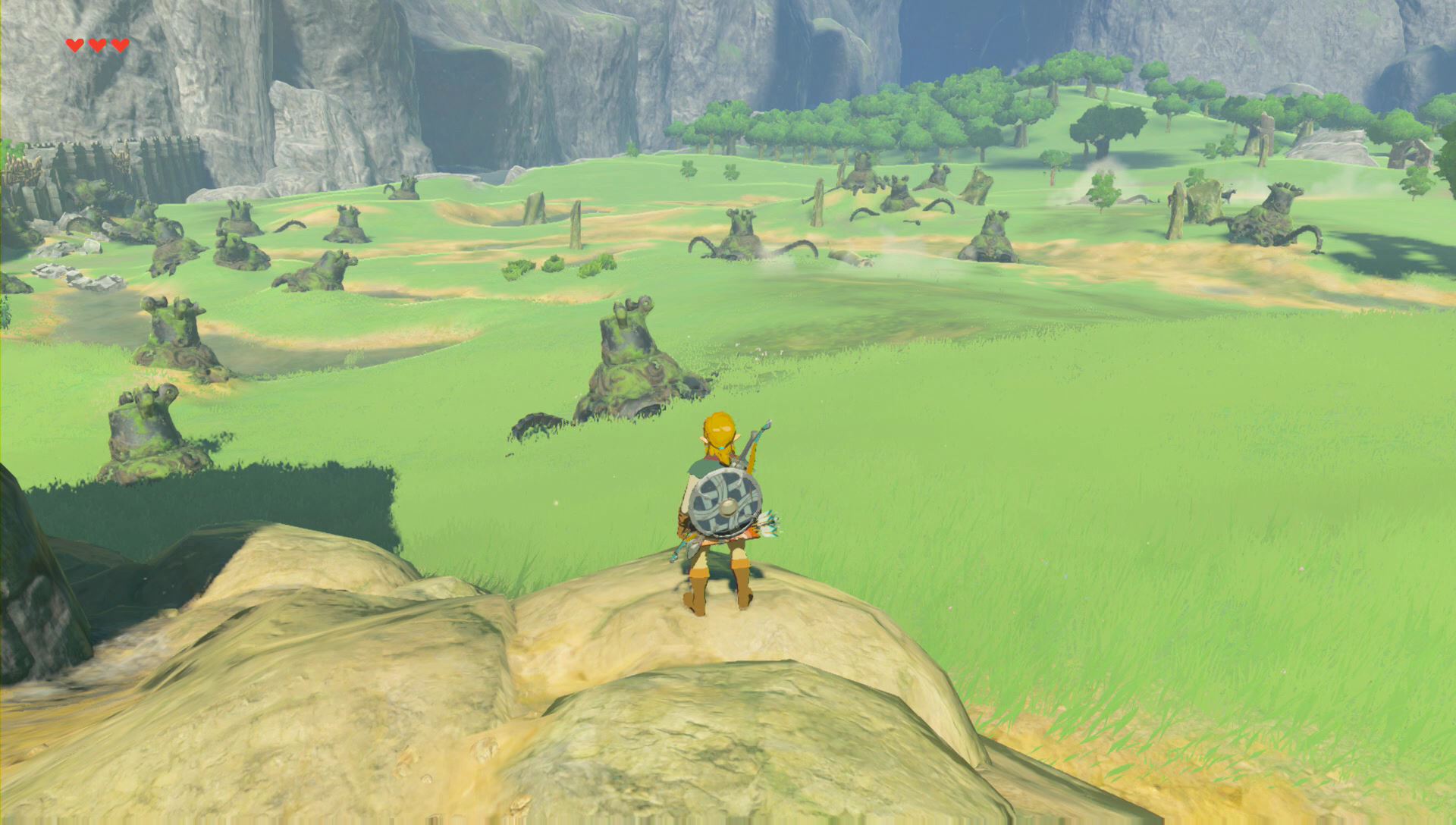 Blatchery Plain is a location in Breath of the Wild. Found at the east end of the Dueling Peaks Tower region, in West Necluda, the plain is located just west of Fort Hateno and northeast of the Dueling Peaks Stable. The Ash Swamp can be found in the north-western part of the plain, with the Bubinga Forest bordering to the south, and the Squabble River bordering to the east. Other than the swamp, the plain is an open and bumpy field with tall grass all around.

The Blatchery Plain is the site of the battle that took place during the Great Calamity. Hyrule made its last stand, with Fort Hateno serving as a final barrier, preventing the Guardians from attacking further east into the Hateno Tower region. As Link fell in battle in the Ash Swamp, Zelda's powers awoke, and she instinctively used them to destroy all the Guardians found throughout the plain. This painful victory was the reason why Hateno Village and Kakariko Village survived the war unscathed. The remains of the guardians of the plain can be found throughout the area all the way to Fort Hateno and Link can examine them to find Ancient Materials.

Horses can be found roaming around on the plain. There are also a few Red Bokoblin hiding in the tall grass, as well as a full Bokoblin camp near the center of the plain. If all the Bokoblin are defeated at the camp, Link can acquire an Opal gem from the treasure chest. To the northeast, near the fort and on the north side of the path, there is a lone Decayed Guardian that will activate when Link comes near. In the plains there are some Spicy Peppers and Hyrule Herbs growing about, right alongside the tall grass.

There are many travelers that will use the road, traveling from the Dueling Peaks Stable, through Fort Hateno, and all the way to Hateno Village. Agus, Celessa, Joute, and Toma all make this same route.