From Zelda Dungeon Wiki
Jump to navigation Jump to search
Want an adless experience? Log in or Create an account.
When Courage Fails 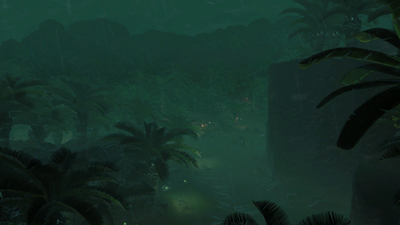 "While Zelda is focused on spiritual training at the Spring of Courage, a horde of monsters suddenly attacks. Link and the others must protect Zelda and escape back to Hyrule Castle."

When Courage Fails is the final scenario of Age of Calamity Chapter 4.

"As analysis of the little Guardian from the future continues, it is discovered that the date of Calamity Ganon's revival is also that of Zelda's 17th birthday. With little time remaining, the king impresses upon Zelda the need for her to focus on her training and awaken her powers."

"Records derived from the friendly Guardian indicated that Calamity Ganon would return on Zelda's 17th birthday. Desperate to preempt this grim future, King Rhoam ordered his daughter to train at the Spring of Courage."

A Shroud of Fear

"Knowing there is no going back, Zelda attempts to muster her conviction and motivate herself to move forward. The others can do nothing but watch as she frets over the chance that she will fail. Suddenly, a swarm of monsters attack."

To the Very Last

"Using her knowledge of ancient technology, Zelda saves everyone from the monster threat, though she tries once more to avoid taking credit. Impa impresses upon the princess the value of all she has done, and Zelda speaks of a renewed drive to fulfill her destiny."