The Legend of Zelda: Ocarina of Time Master Quest

From Zelda Dungeon Wiki
Jump to navigation Jump to search
Want an adless experience? Log in or Create an account.
Ocarina of Time Master Quest 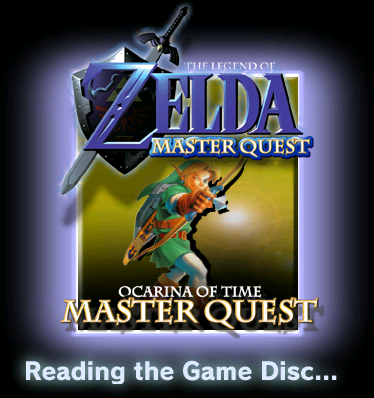 Master Quest is a reworked version of The Legend of Zelda: Ocarina of Time with dungeons rearranged so as to be more difficult. It was originally released on the GameCube as a bonus disc with the initial releases of The Wind Waker, alongside the original version of Ocarina of Time.

It could also be unlocked in Ocarina of Time 3D.

Master Quest first appeared on a disk alongside a GameCube port of Ocarina of Time that was given out with preorders of The Wind Waker, or included in the box in PAL regions.

Dungeons are completely different in this version of the game, and certain items that were previously optional are now mandatory. Items and Pieces of Hearts inside of dungeons have switched places, and new puzzles are created. However, the story, locations, and characters remain completely unchanged from the original. Sidequests and locations of items outside of dungeons are also the same.

Master Quest is also found in Ocarina of Time 3D. Though it is not available from the start of the game, the player can unlock it by completing the original version. The redesigned dungeons are the same as the ones in the GameCube version. However, this version also flipped the entire game. Everything in the 3D version of Master Quest is mirrored, even Link, who now holds his sword in his right hand instead of the original left. In addition, enemies do double damage compared to the base game.