From Zelda Dungeon Wiki
Jump to navigation Jump to search
Want an adless experience? Log in or Create an account.
Labrynna 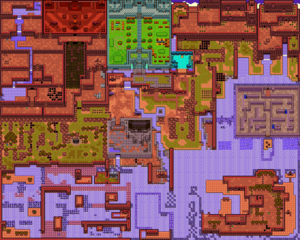 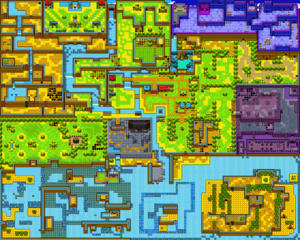 The kingdom of Labrynna is the setting of Oracle of Ages. It is a sprawling land populated by many different people. It is guarded by the Maku Tree and is home to Nayru, the Oracle of Ages. It consists of two main areas — the mainland, which is the majority of the land mass, and a small island to the south east, populated with kleptomaniac lizards known as Tokay who enjoy stealing important items from shipwrecked adventurers. It is also known that Zora have a settlement in the far southwest.

When linked to Oracle of Seasons, extra characters are added. Namely, they are:

Although only for a few brief seconds, Din also makes an appearance.