From Zelda Dungeon Wiki
Jump to navigation Jump to search
Want an adless experience? Log in or Create an account.
Bombchu 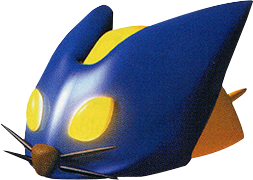 Bombchus are recurring items in The Legend of Zelda series. Unlike Bombs, which can only be thrown or placed, Bombchus run forward after being placed on the ground until they make contact with something, at which point they explode. They can also run up walls. They are very useful against enemies that are far away. Its name and appearance are based on the creature known as a Real Bombchu.

Bombchu from Ocarina of Time and Majora's Mask

After Link has obtained the Bomb Bag from Dodongo's Cavern, he can get Bombchus in a number of places. They can be bought from the Bombchu Shop in the Back Alley of Hyrule Castle Town and the Carpet Merchant in the Haunted Wasteland. Link can also get them from Treasure Chests in various parts of Hyrule or win them as prizes at the Bombchu Bowling Alley. Link can also get them from the House of Skulltula after he has gathered 40 Gold Skulltula Tokens.

Link can only hold up to 50 at a time, and there are no upgrades for this limit. They are only required in Ganon's Castle. The Spirit Temple almost requires the use of a Bombchu, but a well timed Bomb throw can be used instead.

Bombchus in Majora's Mask are very similar to the ones in Ocarina of Time. In this game, they are completely optional and not required at all. They can be purchased once Link has a Bomb Bag. They are necessary, however, to complete one of the four optional trials Inside the Moon.

Bombchus are also used for Bombchu Gallery, one of the mini-games in Honey & Darling's Shop.

This game also introduces the Real Bombchu, an enemy that appears in Termina and returns in The Wind Waker.

In both Oracle of Seasons and Oracle of Ages, Bombchus can only be obtained in a Linked Game. They are very similar to the previous games, but they also home in on enemies and explode. After Link has obtained them once, he can purchase further bombchu from Syrup.

In Twilight Princess, Bombchus do not make an appearance. However, Bomblings are very similar in function to them. They behave much in the same way, running forward and exploding on contact. However, they cannot go up walls.

In Phantom Hourglass, Bombchus are obtained in the Goron Temple. They are used very differently to in the previous Zelda titles, as in this game, Link can control them by drawing their path on the touch-screen. When Link uses them, the touch-screen changes to the map and zooms in on that area, so Link can draw their path. Link can move around while the Bombchu is moving, and some puzzles make this necessary. There are little holes in walls in many places, and Bombchus are the only things that can fit through these holes. The Bombchus in this game are not carried in the Bomb Bag, but in the Bombchu Bag.

Bombchus, in giant form, appear in certain maps in Hyrule Warriors. When they appear, the player must either escort them to a certain keep if they are friendly, or destroy them before they blow up within a friendly keep. If a Bombchu explodes in a friendly keep, the keep is instantly lost.

Bombchus make an appearance in Super Smash Bros. for Nintendo 3DS and Wii U as an item and trophy. As an item, picked up and thrown, the Bombchu is able to run on walls, ceilings, and even under the stage. Once the Bombchu makes contact with a player other than the one who threw it, it explodes.