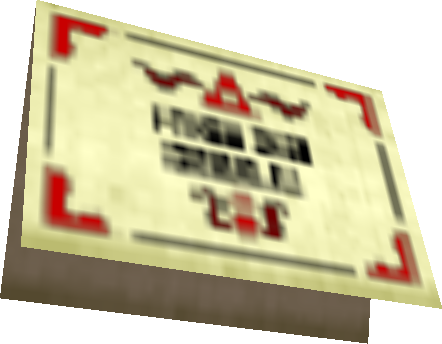 Zelda's Letter is an item that appears in Ocarina of Time and Spirit Tracks. It is a letter given to Link by Princess Zelda.