From Zelda Dungeon Wiki
Jump to navigation Jump to search
Want an adless experience? Log in or Create an account.
Inside the Moon 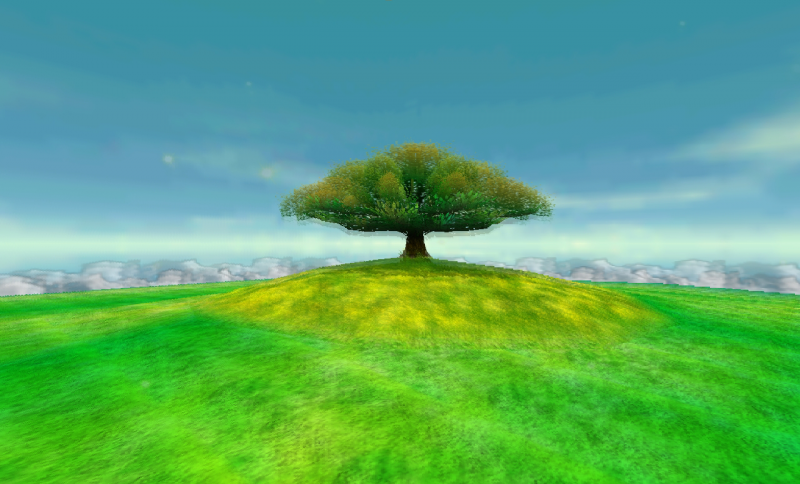 Inside the Moon is a location in Majora's Mask, found just before the final boss battle. The area is empty except for a solitary tree atop a hill. There is nothing to explore in this location, but there are five children, all of whom are wearing a mask. Four of the children are wearing the Boss Remains masks. These children are all running around the solitary tree and playing. The final child, evidently, has been excluded from playing and is sitting up against the tree, wearing Majora's Mask.

Talking to each of the children in the order that the bosses were defeated results in taking Link to several other rooms where challenges have to be met. This is called Hide and Seek, according to the children. Once the challenge of a specific child has been completed, Link is teleported back to the Moon's surface with that child missing. These challenges are not required; Link can go straight to the child with Majora's Mask to fight the final boss.

Note: To do these challenges, Link must first have every mask in the game aside from the Fierce Deity's Mask. The challenges can be attempted without every mask, but Link is forced to stop and forfeit his reward once he runs out of masks to give the children. This is because the children ask him for the number of masks corresponding to the order of the temples, so the child with the Odolwa mask asks for one mask at the beginning and one at the end because that's the boss from the first temple, the child wearing the Goht mask asks for two masks at the beginning and two at the end for being the second boss, and so on.

Each mini-dungeon is based on the dungeon the boss is from, so forest and water for Odolwa, ice for Goht, water and electric for Gyorg, and light and stone for Twinmold.

Once the challenges of the four boss mask children are completed, Link can only talk to the child wearing Majora's Mask who hands him the Fierce Deity's Mask, and then is taken to the final boss room, where he faces Majora.