From Zelda Dungeon Wiki
Jump to navigation Jump to search
Want an adless experience? Log in or Create an account.
Sakon's Hideout 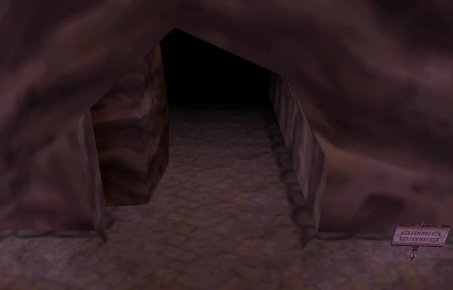 Sakon's Hideout is a location featured in Majora's Mask.[1] It is situated within the final region of the game, Ikana. More specifically, it is located to the south eastern section of Ikana Canyon, along the river. It is the home to the troublesome thief, Sakon, who uses it as a secret hideout to, seemingly, store his stolen goods.[2] The hideout camouflages into the land as a large rock acts as a door. Within the hideout itself, there lies several traps and puzzles.

Link comes upon on this location during the Anju and Kafei side quest. Kafei had previously been cursed to fit the body of a child by the Skull Kid and, before his wedding with Anju, had the Sun's Mask stolen from him by Sakon.[3] The Couple's Mask cannot be complete without both the Sun's Mask and Moon's Mask, so Kafei cannot bear to go see his love.[4] Instead, he waits in the Back Room of the Curiosity Shop near the Laundry Pool, snooping at the customers of the shop for any signs of the thief.

On the Final Day, once Kafei spots Sakon walking out of the Curiosity Shop, he pursues him and tells Link that he is going to wait for the thief to arrive.[5] Link must hide behind the rock with Kafei and wait for Sakon to reveal the entrance to the hideout. Once the giant door has been opened, both Link and Kafei quickly pursue the thief inside. They find the inner grounds to be laced with traps and obstacles. Kafei spots the Sun's Mask, which is placed in a container on a conveyor belt of sorts.[6] The cursed boy presses the switch in a hope to obtain the mask but instead starts the conveyor belt, that is seemingly heading for bottomless pit.

Link must team up with Kafei, in which Kafei tackles the various block puzzles and Link fights off the hordes enemies. Kafei must press the blue switches, which enable Link to be able to fight, and once the enemies are dead, the two can advanced to the next room. If the two clear all the rooms quickly enough, they can save the mask from falling in the hole.